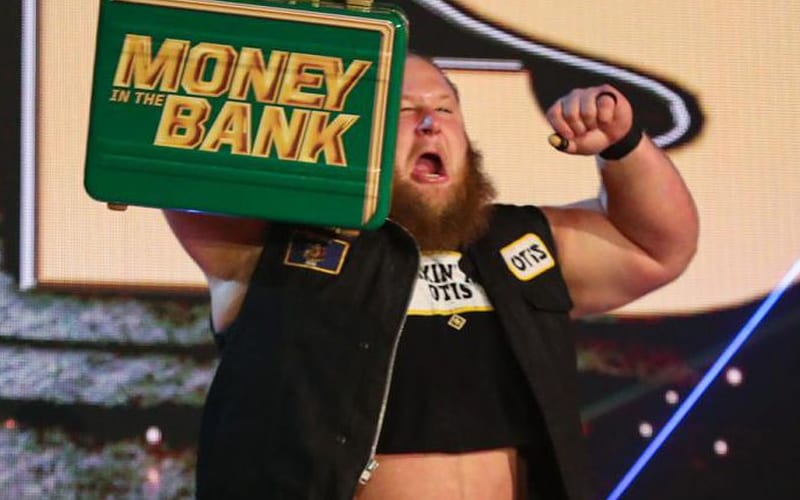 Otis was a member of Heavy Machinery and then he caught Vince McMahon’s eye. Ringside News excursively reported that McMahon was the “driving force” behind Otis’ push.

Tucker was written out of the picture and their tag team was disbanded . Then Tucker re-emerged, but not much was done with him.

A lot has changed in WWE within the past few weeks, let alone the previous months. Right now Otis’ storyline is in flux along with so many other plans.

Ringside News has learned that Otis’ Money In The Bank win was “supposed to be Otis’ big moment.” They had more plans in store. Then WWE went another direction. The exact wording given to us was: “Otis and briefcase: Who knows?”

Otis’ Money In The Bank win was supposed to “set him up down the line for The Fiend.” Bray Wyatt has since been transitioned into a multi-match program with Braun Strowman.

Regarding Tucker, we were told that his entry into the situation was supposed to build toward a “big angle” down the line. A lot of things were in play at the time, but it’s unknown what has changed. Vince McMahon’s constant call for re-writes and changing his mind makes predicting anything impossible.

Otis is still Mr. Money In The Bank, so they need to do something with him. WWE had much different plans for Otis, but it didn’t materialize.