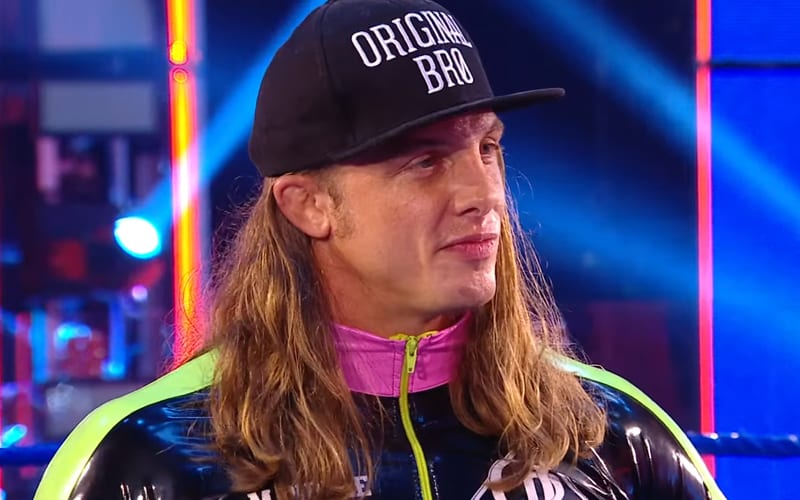 Matt Riddle was accused during the #SpeakingOut movement by indie wrestler Candy Cartwright. She accused him of sexual assault which he outright denied.

Riddle later publicly admitted that he did have an affair with Cartwright. You can click here to watch his video statement on the matter. He then said that Cartwright was stalking him.

David Bixenspan has obtained additional documentation which shows Riddle and his attorney did file a restraining order on Candy Cartwright, real name Samantha Tavel. They marked the following claims in the documentation.

In the restraining order, the only place where Cartwright would have been barred from traveling would be the WWE Performance Center. Her attorney argued that “this is an illustration of the true intention” of Riddle’s petition. It was alleged that Matt Riddle was only trying to keep her from his place of work.

In the petition, it is also alleged that “Ms. Tavel showed up from New York to Full Sail University in Orlando, Florida where I was working and made a scene and had to be escorted out of the building.” There were no other incidents named in the petition until Candy Cartwright posted her #SpeakingOut allegation and “this went viral and caused myself and my family substantial emotional distress.”

It was also alleged in the petition that Cartwright tweeted out Matt Riddle’s home address and his wife’s phone number. It is alleged that this caused several crank calls to come through, but that tweet could never be located. Cartwright’s attorney said that there is simply no proof that she ever sent out such a tweet.