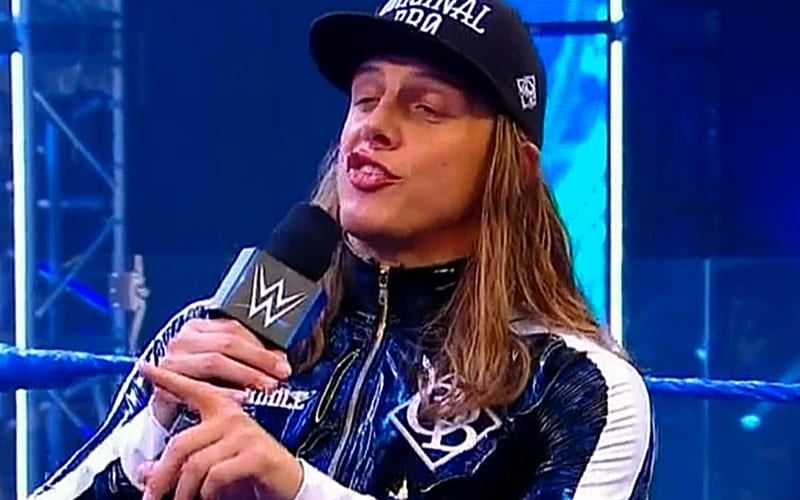 Matt Riddle was a part of the #SpeakingOut movement. A story came out about him saying that he forced himself on a female indie wrestler. He denied those claims and got his attorney involved.

Indie wrestler Jamie Senegal has now released private DM conversations with Matt Riddle and his accuser. Senegal stated that her friend is getting harassed by fans and others. This is why she released additional evidence.

On a Twitter live stream, Jamie Senegal took a lot of fan questions and discussed the Riddle situation. She’s not giving out Matt Riddle’s phone number or anything like that. She simply wanted to call Riddle out for what she said he. Her friends are also being harassed for coming forward.

“I’m not going to put out his number he’s just getting outed for what he did and my friends are being harassed for telling their stories.”

It seems that Riddle and his accuser were speaking for a while and it doesn’t appear to be the conversation you’d have with your stalker either. This is one side of the story, so we’ll have to wait and see if there is eventually more evidence. Matt Riddle has yet to react to this new development.

One leaked conversation shows a date of March, 2019. You can find those screenshots below. Matt Riddle outright denies the accusations.