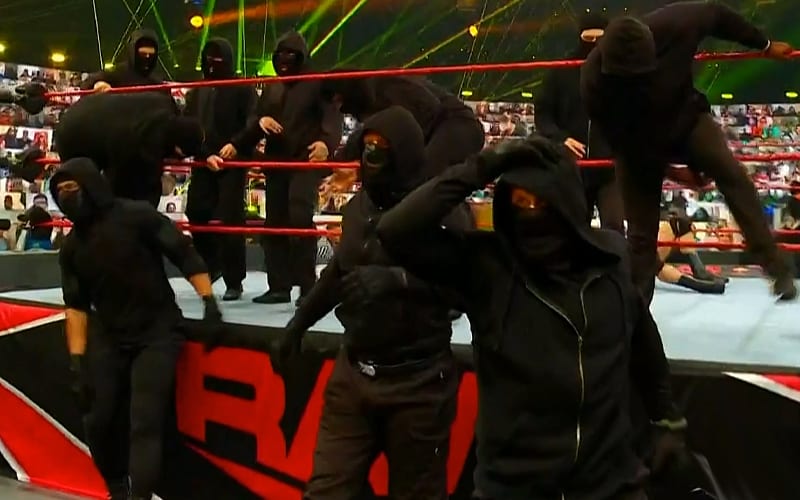 Retribution showed up on WWE RAW this week. They made two appearances to further mess with fans, but the actual members of the group are coming together.

During Wrestling Observer Radio, Dave Meltzer listed the names of those Retribution members who were in that speaking promo this week on RAW. It seems that WWE has kept pretty much the same primary roster going for their masked faction. The did make one apparent swap from last week.

“The talking people tonight were Dio Maddin, Shane Thorne, Dijakovic, Mia Yim, and Mercedes Martinez. All of those other people [in the final segment] were probably every body they could find who aren’t on TV from the Performance Center.”

It seems that Mojo Rawley is out of the Retribution faction even though he was in the group of five last week. This is a very interesting situation.

Ringside News exclusively reported when this entire angle started that Vince McMahon started Retribution “on a whim.” They are going to switch members out until they figure out a plan. We’ll have to see what’s next for WWE’s faction of invading upset former NXT Superstars.