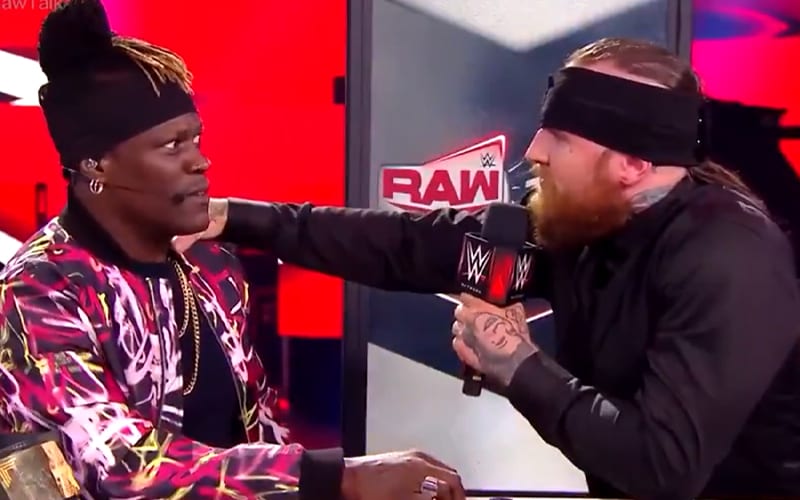 WWE RAW isn’t the end of the company’s Monday night programming. They also have RAW Talk following the show. Charly Caruso and R-Truth host that red brand wrap up show, and this week Aleister Black didn’t have a very good time.

R-Truth is convinced that Aleister Black is a vampire. You can’t talk him out of it even though Aleister Black tried to tell him that is not the case.

Black tried to reason with R-Truth, but it didn’t work. R-Truth implored Black to be honest with him, and he promised to keep his secret. Black stuck with his story that he’s not a vampire despite the evidence Truth tried to present.

It seemed as though Aleister Black was going to bid RAW Talk farewell. Then R-Truth fired off one more quick line that generated a lot of attention: “I liked you in Twilight.”

R-Truth is one of the best improvisers in WWE. He certainly showed it with this segment. We’ll have to see what’s next for Aleister Black after this because Vince McMahon isn’t a big fan. You can check out the clip below.