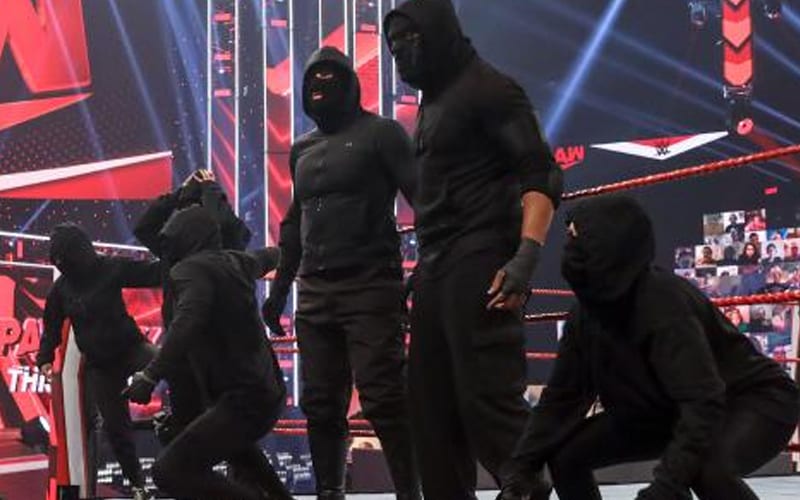 Who is in WWE’s new Retribution stable?

WWE debuted a new stable called Retribution and it immediately started the rumor mill. A lot of people also trashed the invading faction for their size. This week they looked a bit bigger and more like pro wrestlers when beating down Rey and Dominik Mysterio.

Click here for all that coverage of WWE Raw from this week.

Plenty of fans have their own opinions and theories about who are now under the Retribution masks. We invite you to click here for that information.

Ringside News has learned that nothing is decided upon in terms of the Retribution members. The exact phrase we were given is “we’re winging it.”

Some fans pegged people like Dominik Dijakovic, Dio Maddin and Mia Yim as members of the faction. This neither confirmed nor denied. It was simply explained to us as: “possible? Yes. Definite? No way.”

Vince McMahon “did this on a whim” and now they are going week to week without really knowing what’s next for Retribution.

If that sounds like a difficult environment to be creative then you’re not alone. It is what it is which is “insanity at all times” when trying to piece together WWE’s weekly content.