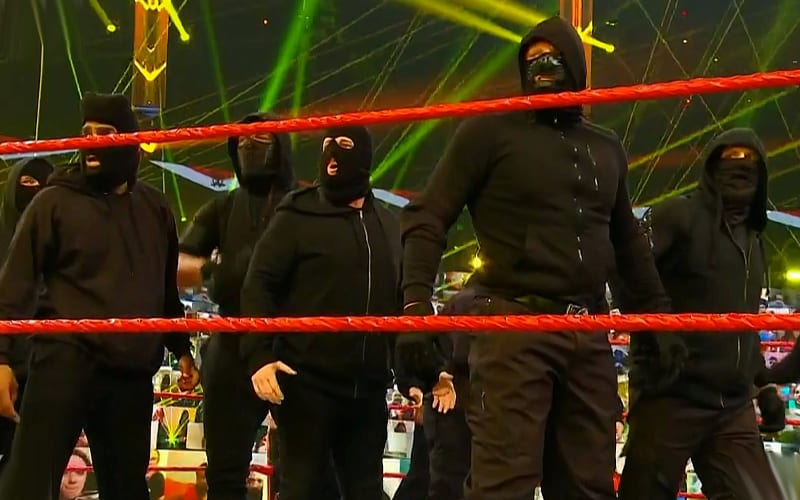 WWE Raw saw two Retribution segments this week. The first segment was a promo, and they had a lot to say. They were not finished.

Keith Lee and Drew McIntyre were working hard in the main event of the night. The match had Clash of Champions repercussions, and then Retribution invaded,

There were far more members than just the five that previously appeared on camera and cut those promos. The masked faction laid a beating to Drew McIntyre and Keith Lee. They ruined the main event match between former NXT Champions as the ThunderDome continued to boo.

Then the Hurt Business came down and they brawled with Retribution. Adam Pearce had previously commissioned MVP’s stable to take care of the invaders. The night ended with Keith Lee and Drew McIntyre hitting stereo dives on everyone as they brawled at ringside.

We are no closer to figuring out who Retribution is now. There were five of them, and suddenly their numbers grew once again. Stay tuned.