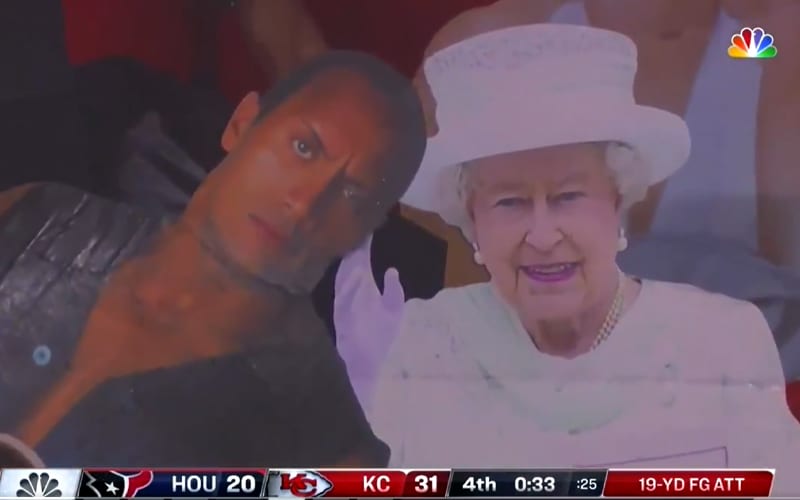 WWE Raw brought a loaded show this week, but there was some stiff competition. The NFL was on the other channel, and WWE knew it. That is why this week’s Raw was IN YOUR FACE, a loaded episode to attract interest. Michael Cole couldn’t help but to take a shot at the competition.

Cole praised the WWE ThunderDome during the broadcast. He made a point to say that there are “no cardboard cutouts here.” There are no virtual fans at NFL stadiums. In some cases they have cardboard cutouts instead of live fans.

Some of those cardboard cutouts at NFL games have been amusing. The Rock and The Queen got some attention when they became friends in the stands. Cardboard cutouts also won’t do some of the awful things that some fans elected to do with their WWE ThunderDome seats.

On a side note, WWE’s ThunderDome is nice, but AEW has actual live fans. They will also remain in Daily’s Place with live fans until at least the first week of November.