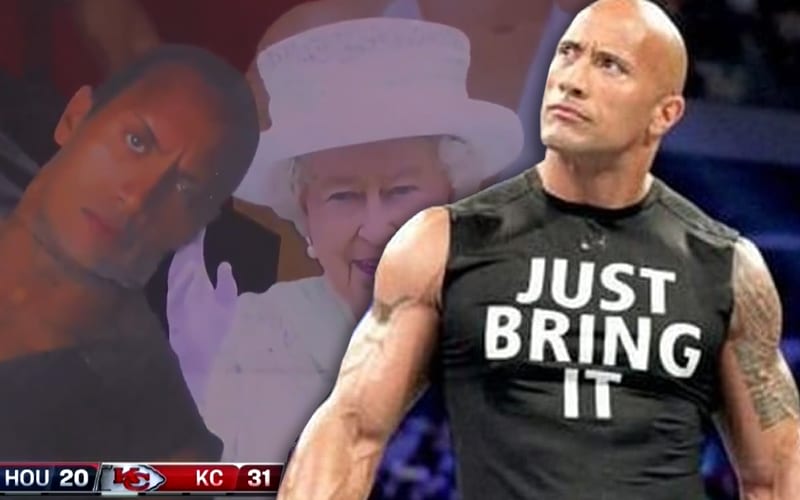 The NFL is back, and there aren’t fans in some stadiums, but The Great One still got a great seat. The Rock was seen next to Queen Elizabeth during Houston vs Kansas City, and there were jokes to be made.

Dwayne Johnson called attention to this as well. He said it was great to watch the NFL return and the defending Kansas City Chiefs Superbowl Champions looked great. He also couldn’t help but notice how close his cutout was getting to The Queen.

Man it was good to watch football tonight. Defending champs looked great, all players kicked ass, that 17,000 made some noise

and my unique relationship with the Queen was revealed

Welcome back @NFL, coaches and especially, the players.

The Rock is now owner of the XFL. That was also mentioned during the game. We’ll have to see if The Rock and the NFL keep this cordial relationship once the reincarnation of the resurrected XFL returns.