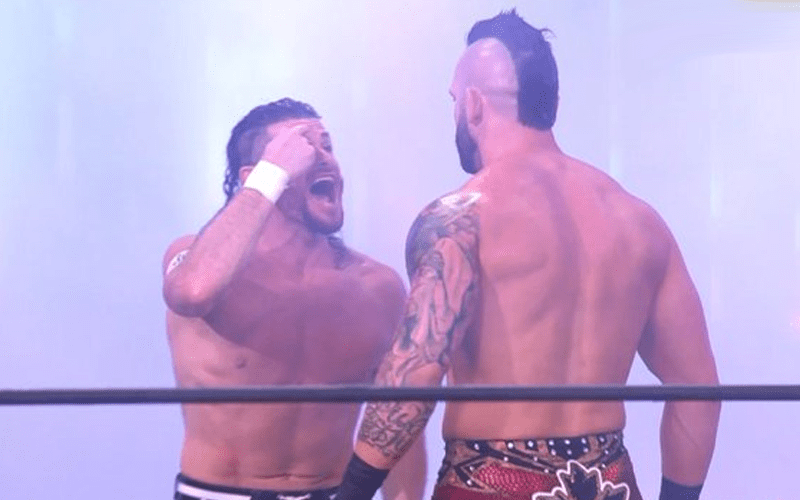 Matt Sydal made his AEW debut during All Out. His entrance in the Casino Battle Royale as the Joker Card was quickly followed by a bad botched shooting star press. This received a lot of attention online.

Jordynne Grace spoke out against fans who were mocking Matt Sydal’s botched shooting star press. Sydal addressed his AEW debut on the following morning, and he didn’t call any attention to his critics. Sydal did admit that he needs to use some “new material” next time.

Thank you @AEWrestling for last night. We made a memorable debut, now it’s time to really open some 3rd eyes!

I think that was a sign. I’ll be using all new material next time. Stay tuned in to see what I’m saying.

We’ll apparently see what Matt Sydal means by that. It seemed to hint at future AEW appearances. We’ll have to see if and when Matt Sydal returns to AEW, but the former Evan Bourne has a lot to offer in the ring.

Botched moves happen to everyone, but this was incredibly unfortunate timing to have a slippery turnbuckle.