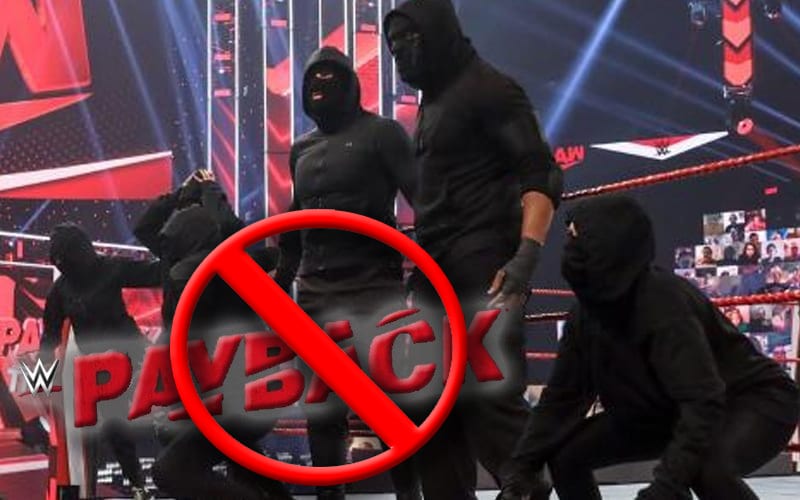 WWE Payback went down tonight and it was the second week in a row that WWE held a pay-per-view without the masked stable of chaos causing invaders.

WWE’s Retribution stable teased something at Payback. Dominik Dijakovic was one of those masked Superstars, and he tweeted out a pretty apparent tease. They didn’t show up, and the night ended with Roman Reigns as Universal Champion without Retribution making a cameo of any kind.

Former WWE announcer Renee Young tweeted out wondering where Retribution was. They seem to be missing WWE pay-per-views despite a constant tease that they will do some damage.

Retribution likely isn’t done yet. They just didn’t factor into WWE’s plans for Payback. The night obviously needed to end with Roman Reigns walking off with the Universal Title, and not an invasion.

Ringside News exclusively reported that Vince McMahon concocted the Retribution angle on a whim. It’s not a dead idea yet.