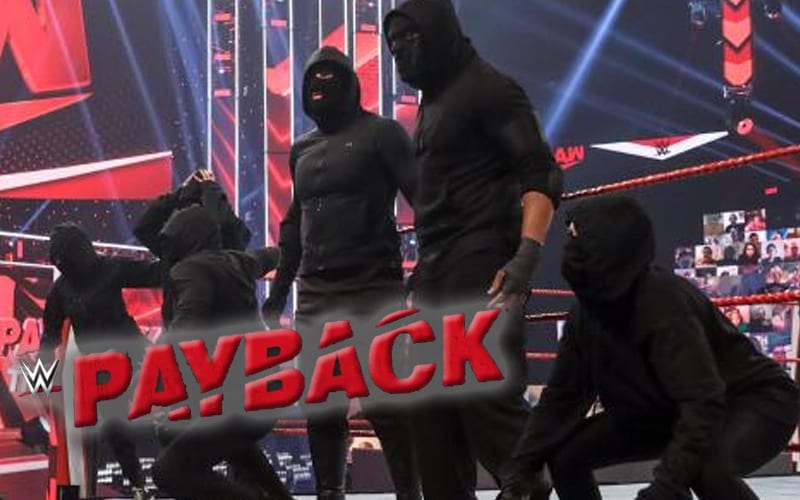 Retribution haven’t been shy about causing chaos all over WWE programming. They apparently slept through SummerSlam, but Payback is only a couple of days away.

The members of Retribution are tentatively decided. You can click here for a full list of who was under those masks on Monday during RAW. The fact is that anything can change in WWE as Ringside News exclusively reported Vince McMahon concocted this program “on a whim.”

Dominik Dijakovic was under one of those Retribution masks on RAW this week. He tweeted out “192114040125,” and then quickly deleted it.

Wrestle Zone reported that when translated through a cipher, those numbers spell out “Sunday.” That day of the week happens to be when WWE is holding their next pay-per-view event.

Retribution could be planning something big for Payback. Watch for the flickering lights. For some reason that’s still their calling card.