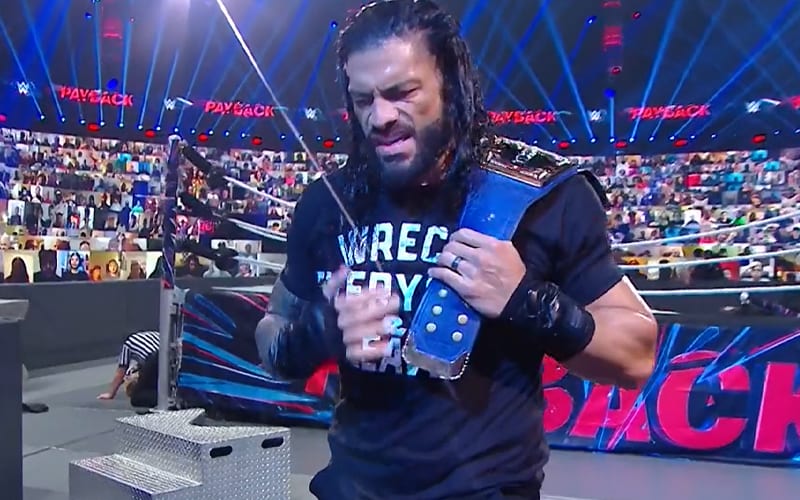 WWE Payback ended in a big Universal Title match, but Roman Reigns wasn’t around for the entire triple threat match. He wouldn’t sign the contract.

Reigns wouldn’t sign the contract for the Universal Title match at Payback. This meant that Braun Strowman and Bray Wyatt started without him.

Strowman and Wyatt battled all over the ThunderDome. Then a superplex caused the ring to implode. Finally, The Big Dog entered and he signed his contract on the way to the ring.

Roman Reigns ended up nailing a spear after Braun and Bray put up a bit of a fight. The spear was on Braun Strowman, and the Monster Among Men took the pinfall.