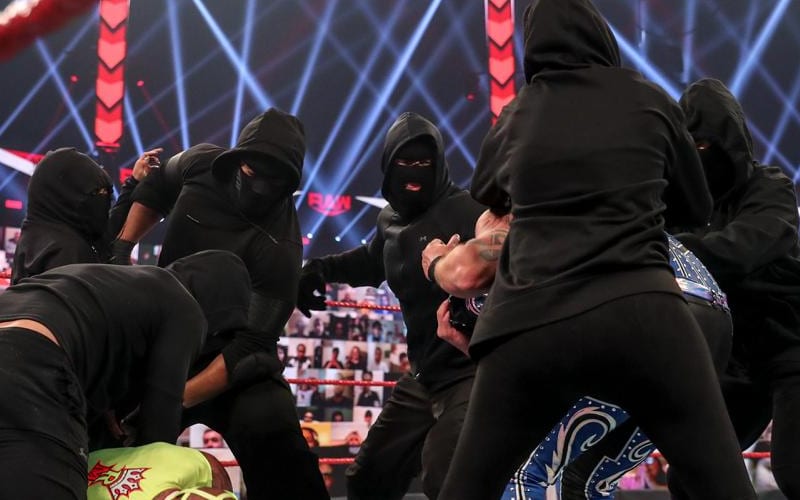 WWE’s Retribution stable made plenty of headlines. Their mysterious identities have also caused plenty of fans to pay close attention.

Ringside News exclusively reported that the members of WWE’s Retribution stable are not 100% yet. They did have six NXT Superstars under those masks on Monday during the attack on Rey and Dominik Mysterio.

A lot of fans had theories about who is under those Retribution masks. You can click here to see all of those ideas.

It was noted in the Wrestling Observer Newsletter that it is widely believed that the members of Retribution are: Kayden Carter, Dominik Dijakovic, Chelsea Green, Shane Thorne, Dio Maddin and Mia Yim.

The WON’s report further backed up Ringside News‘ initial report that anything can change. As RSN reported earlier this week, Retribution was something that Vince McMahon came up with “on a whim” and now they are playing it by ear.

We’ll have to see what WWE has planned for Retribution on SmackDown. They could very well invade the ThunderDome once again. As long as their masks stay on anything can change in regards to who is under them.