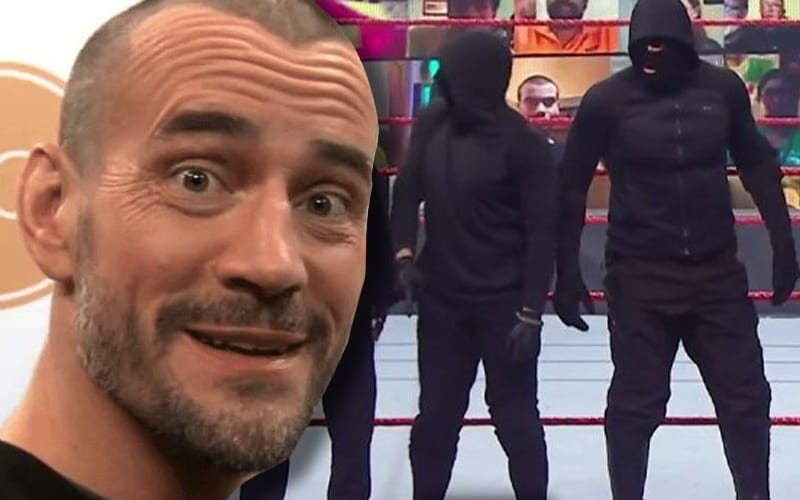 Retribution was absent from WWE’s Payback pay-per-view. The event ended with Roman Reigns winning the Universal Title, but the invading army of masked people were nowhere to be seen.

Renee Young called out WWE for the lack of Retribution. She obviously wanted to see some chaos on her television. This also shocked other fans considering the apparent teases that were dropped online this week.

CM Punk had a very good idea where Retribution was during Payback. “Watching hockey. Shhh,” he tweeted back as a reply.

The NHL post season is currently going on. A lot of fans were torn between hockey and pro wrestling on Sunday. CM Punk seems to believe that is what Retribution was up to instead.

Ringside News previously reported that Retribution is still a week to week thing. Nothing is even settled about the members’ identities until they are revealed. Only time will tell when that will happen.