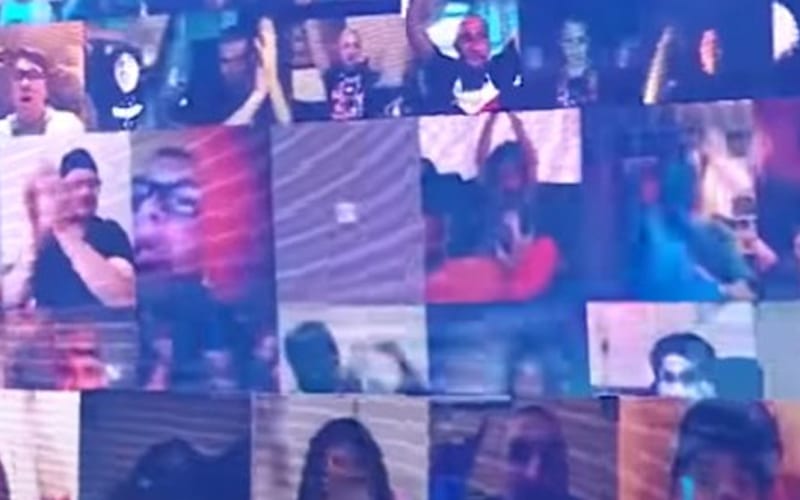 A fan in the ThunderDome was seen wearing a KKK outfit and this sparked a massive amount of attention online. WWE has now commented on this to make it clear that the image which appeared briefly during RAW does not represent the company at all.

Click here for our compete coverage during WWE RAW this week.

The feed of this KKK dressed ThunderDome fan was cut off as soon as they noticed it. The company addressed this incident with a public statement. They made it clear that WWE does not approve of this in any way and they are working to ban anyone who tries this kind of stunt in the future.

“This abhorrent behavior does not reflect WWE‘s values and we have zero tolerance for these unacceptable acts. We are working to ban those involved from future events and per our policies, any inappropriate actions result in the removal from the live stream.”

WWE has thousands of fans coming through the ThunderDome and a few of them tried stunts already. Someone suggested that WWE Fire Velveteen Dream during SummerSlam. Another fan displayed Chris Benoit’s image during RAW this week as well.

Hopefully, WWE can get a handle on this situation, but it might be a lot to handle.