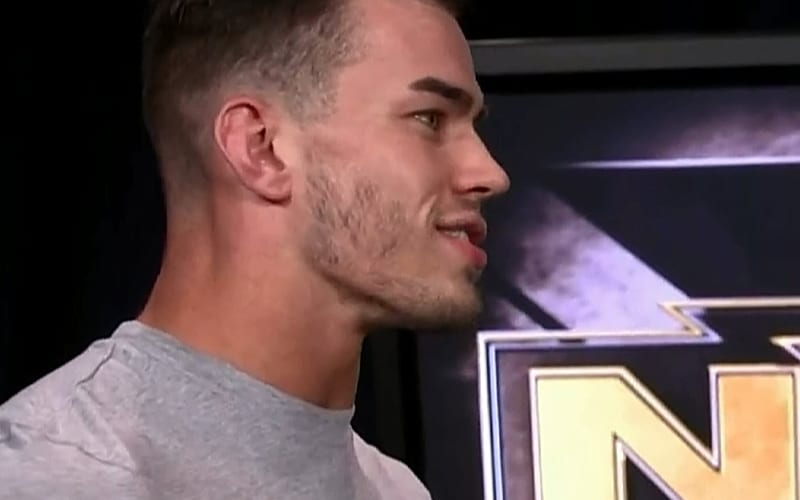 Austin Theory was on the WWE main roster as a disciple of Seth Rollins. Then he disappeared from the red brand. After a lot of speculation and his name not being brought up at all backstage in WWE, he reappeared in NXT.

Bronson Reed was doing a backstage interview about his pursuit of the NXT North American Title. Then Austin Theory walked in like he never left the black and gold brand.

Theory was reportedly suspended from WWE after allegations came out against him.

Austin Theory bragged to Bronson Reed about getting to WrestleMania at 22-years-old. He didn’t mention the #SpeakingOut allegations against him, or the idea of why he was pulled from the main roster.

Theory and Reed had words, and then Theory ended up getting the taste slapped out of his mouth. It appears that Austin Theory is back in NXT despite Seth Rollins saying that Theory is dealing with personal issues.