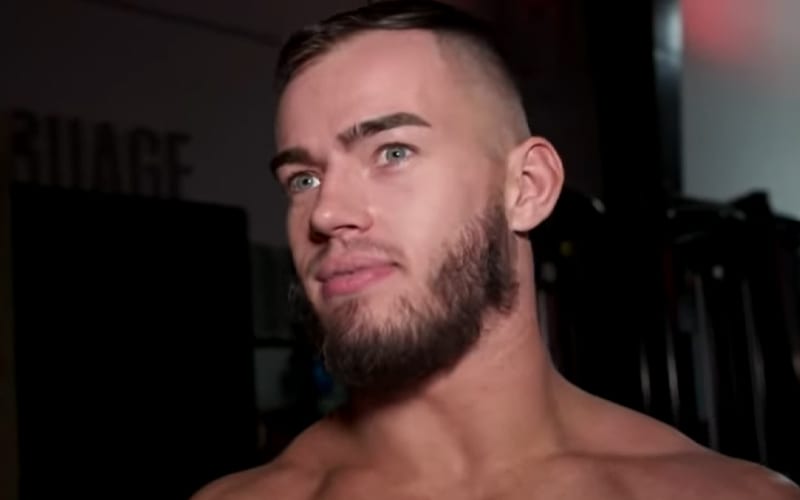 Austin Theory was a part of Zelina Vega’s stable, but then he was cast aside. He joined Seth Rollins’ Greater Good, but he disappeared. What happened?

Theory was a big part of EVOLVE and a standout performer there. The 22-year-old has a lot of potential, but he was pulled from WWE television.

The timing of him being pulled from television is very interesting. There were allegations about him as part of the #SpeakingOut movement. He was accused of inappropriate behavior with a young girl. Theory has not commented about those allegations. Soon after the accusations, a positive COVID-19 test in WWE caused everyone on the roster to be tested. After that, Austin Theory was off television.

Ringside News has learned that Austin Theory’s name simply stopped coming up backstage. It was described to us as “total silence.” They aren’t talking about him, nor the reason why his name isn’t a part of the equation any longer.

We’re not sure what WWE’s plan is for Austin Theory. He is off television leaving Seth Rollins and Murphy to continue as a duo. Theory is still employed by the company, but he’s obviously not being used.