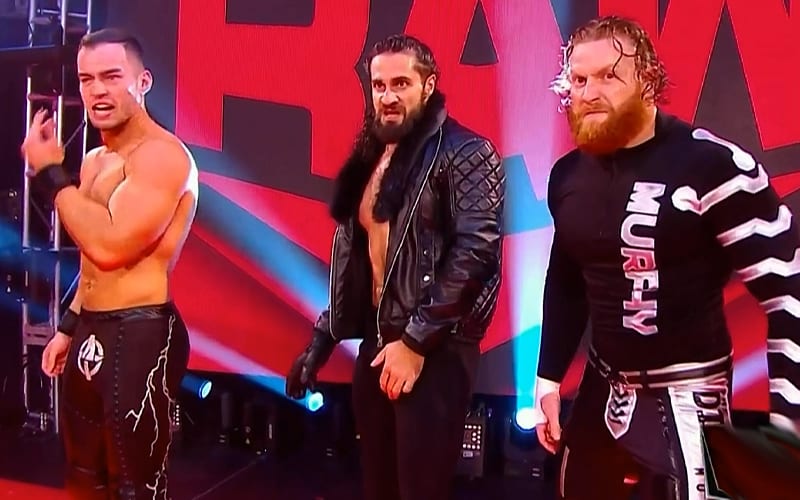 Austin Theory disappeared from WWE television, and the timing of that was very interesting. One week following accusations made about him as part of the #SpeakingOut movement, Theory was gone. That left Seth Rollins with one less disciple.

Ringside News exclusively reported that there was no word about Austin Theory backstage. They simply stopped mentioning his name.

While speaking with SportingNews, Seth Rollins was asked about Theory. He said that Austin Theory had some “personal issues” come up. This meant that he had to take a month or two off. He hopes that everything is good with him though.

He had some personal issues that came up so he took some time off to sort through them for the past month or two. It’s hard right now but we hope everything’s good for him so we hope to have him back sooner than later.

Austin Theory’s situation is very interesting. He vanished from WWE television, and there was one public accuser. Meanwhile, Velveteen Dream had several accusations including audio and NSFW photographic evidence. Dream remains a focal point for WWE NXT, but Theory is missing.

Austin Theory is the youngest Superstar on the main roster at 23-years-old. He is still with the company and the former EVOLVE Champion still has a lot of things to do. We’ll have to see when he returns.