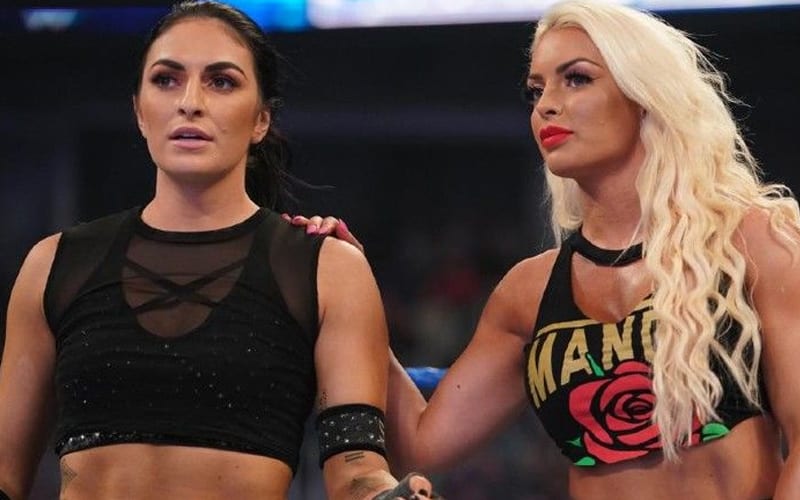 Sonya Deville avoided a very scary situation, but she wasn’t alone in the house. Mandy Rose was there too.

The former Fire & Desire members might be in a heated feud on television, but kayfabe died a long time ago. The two were in Deville’s home at the time of the attempted kidnapping from Philip A Thomas II according to the Tampa Bay Times.

It is reported that Deville yelled to Thomas and asked “what are you doing, what do you want?! He was just four feet from her at the time and then he began to walk toward her.

Thomas was holding a knife in his hand and pepper spray in the other. “This is when I realized this person was not here to rob me, he was there to hurt me,” Deville said.

It was confirmed that the friend who was staying with Deville was Mandy Rose. Deville woke Rose up who was sleeping at the time of the invasion. Deville told Rose “there’s a man in the house, we have to go.” This is when Sonya Deville called 911 and deputies arrived minutes later.

Sonya Deville was granted a temporary injunction from the court against Thomas. It is expected that will become permanent when she goes back to court later this month.