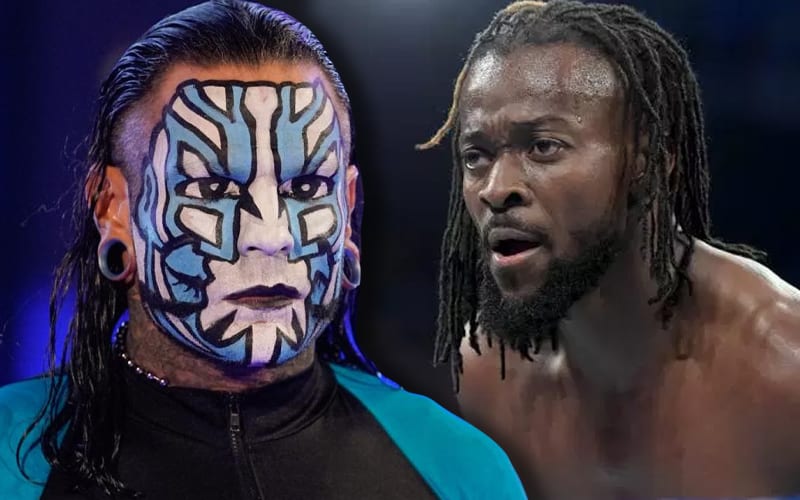 Kofi Kingston has been with WWE since 2006 and he’s heard plenty of interesting pitches come his way. He recently revealed one that is pretty unbelievable.

During The New Day: Feel The Power, Kofi Kingston shared a story about a meeting he once had with WWE’s merchandise department. He said this happened around 2010 and they were trying to figure out something to market him. This is when they had a suggestion that he use body paint like Jeff Hardy.

“Funny story about that. That was, I think back in like 2010? I was with the merch team, they were trying to come up with like different shirts. They have all these terrible designs, and one of them was like this weird, like silhouette of me? There was like this weird body paint.”

“And the dude at merch was like pitching me this idea. And he’s like, ‘oh, you could maybe you come out and you have black light body paints on? You can kind of be like the Black version of Jeff Hardy?’ And I said ‘what are you talking about!? Coming out painting myself glowed in the dark!? THAT’S STUPID!? Why would anyone ever do that!?”

Naomi was on the podcast at the time and Kofi Kingston mentioned her dance club inspired entrance with black lights. Kofi said how well this look works for Naomi and then he admitted that if WWE went that direction for him then “I might have like got into it!”

WWE found a place for Kofi Kingston alongside Big E and Xavier Woods, but it took a few more years for that winning combination to come around.