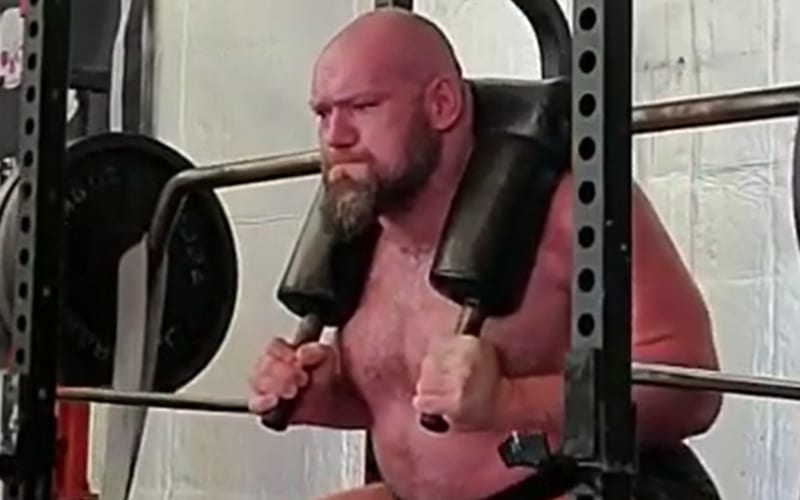 Lars Sullivan was injured last year and hasn’t been seen on WWE television since. His name made plenty of headlines, but he would have probably preferred that his history in the adult film industry remain a secret. It didn’t. Now Sullivan is back on Instagram and posting some impressive training videos.

The Freak is training for something. It isn’t clear what he’s preparing for, but he has a team of people around who appear to be helping him maintain that drive.

There were some reports that Sullivan wasn’t having the best time during his injury. He had some set-backs, but it wasn’t clear what was going on.

Ringside News exclusively reported that there were no discussions about bringing Sullivan back to the main roster. He was considered unreliable by some. That was reported on April 28th, and we haven’t heard anything different since then. You also never know what can happen in WWE.

You can check out some screenshots below of his recent postings.