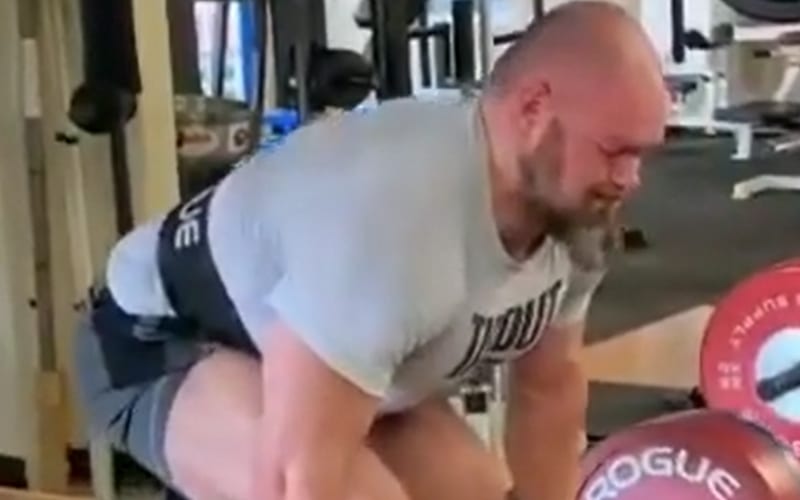 Lars Sullivan was someone who Vince McMahon wanted to strap a rocket to and give a giant push. Then Sullivan suffered an anxiety attack while he was on the way to shoot a segment with John Cena that would have made his career.

Sullivan did eventually make his main roster debut, but then he was injured. After a knee surgery, he got into the business of recovering. During that time Sullivan’s past in the adult film industry was exposed online as well.

Mitch Bennett’s name was suddenly synonymous with Lars Sullivan as fans knew all about The Freak’s past in amateur homoerotic film. He dropped off the map, and nobody has heard from him since.

Ringside News provided an exclusive update on Sullivan not too long ago. His name isn’t coming up backstage at all. He was silent on social media for a long time as well.

In the last week, Sullivan reappeared on Instagram. His account is private so we can’t embed the videos here, but we do have images from these videos. He’s training hard and it appears that he has a group of very supportive people helping him along.

We’ll have to see what’s next for Lars Sullivan, but he is still keeping in great shape as he is able to pick up 600 pounds at a time.