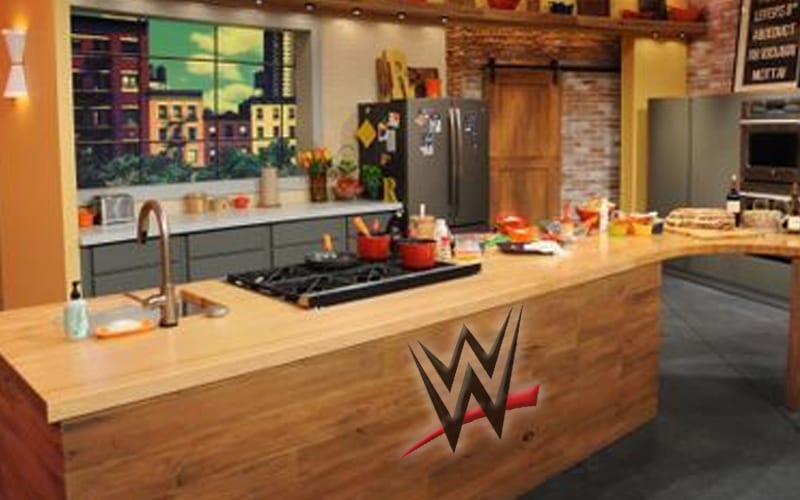 WWE is moving to the Amway Center and Michael Cole teased some very interesting developments on commentary during Friday Night SmackDown. Virtual fans are soon going to be a thing within the WWE Universe and it could provide fans with a new kind of interaction.

Former WWE creative team member Chris DeJoseph recently spoke to Wade Keller at Pro Wrestling Torch. He revealed some very interesting specifics about all the ideas that WWE was batting around at one time or another.

DeJoseph stated that WWE thought of everything from cooking shows to Zooming everyone in from home via webcam. They compiled a long list of possibilities prior to landing on what they eventually went with.

“We don’t even know if we would be able to have wrestlers wrestle each other. Are we going to do cooking segments? They asked all of us to run down a list of outside-of-the-box ideas of things that we could do.It was a huge compiled list. It was everything from have a big fight in the office to a cooking segment if we have to. Do we have everyone on Zoom from home? There were so many ideas because nobody knew what we were going to be able to do.”

WWE thought about using fans on a screen much like NASCAR, but this was shot down. They toyed with the idea, and this was likely what those WWE fan council surveys were all about. If you want to know what that would have likely looked like you can click here.

They were throwing everything they could against the wall including the idea of having animated fans watching the action in the ring. They were trying to get any ideas they could as the pandemic caused them to change up everything.

“There was a lot of discussion about getting fans on screen watching the show and reacting. It started with SmackDown, and Fox had just tried it with a NASCAR race, and they didn’t feel it was worth doing. After going through all the trouble, they didn’t think the payoff really affected the show all that much. And you really can’t control what the audience reaction is. Also, eventually those shows we started doing in advance and it kind of became impossible to do something like that. There were also sorts of ideas, like live Twitter reactions,”

“Everything was thrown against the wall. There was talk of animated fans. Nobody really knows what we’re doing here because it’s a whole new world. You’re watching other shows and seeing how they’re handling it. There was an idea – I threw an idea out there to have legends come on and do taped segments with them to add some newness to the show. We didn’t know if [the wrestlers would] even be allowed to wrestle each other at that point.”

WWE is starting a new chapter for the company as they move to the Amway Center. A lot of possibilities await, but we’ll have to see how many ideas actually become a reality. It is a shame because they could have at least given Renee Young her own cooking segment. She’s been pulling for a cooking show for years.

From the way it sounds WWE had a ton of ideas for the Performance Center that they never got around to trying out at all.