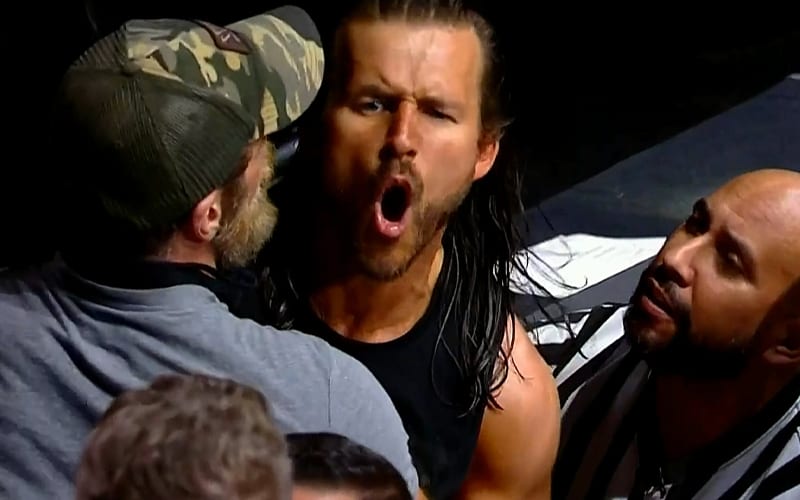 Pat McAfee and Adam Cole started their rivalry a long time ago as McAfee took light verbal shots at Cole during Watch Along. That evolved into a much more public battle on McAfee’s radio show.

I was at the forefront of wanting it to happen, especially for a guy like Pat who said multiple times he would love the chance to enter the ring. He trained a little bit here and there. He is seriously confident he can go out there and have this killer wrestling match. NXT is filled with the greatest pro wrestlers in the entire world. Guys who have been doing this for over a decade. A guy like me who has come off being the longest-reigning champion of all-time and having the run I did. Emotions aside, I guess I can appreciate the ambition of him thinking he is going to be able to do this. I pretty much am going to make him realize he was not near ready to step into the ring with me. As far as I’m concerned it will be the first and last time he wrestles in NXT. I love having the match. I can’t wait.

WWE is getting a little bit of focus thanks to the novelty of having a former NFL punter locking up in the ring. We’ll have to see how things turn out because Adam Cole doesn’t plan on going easy on McAfee at all.