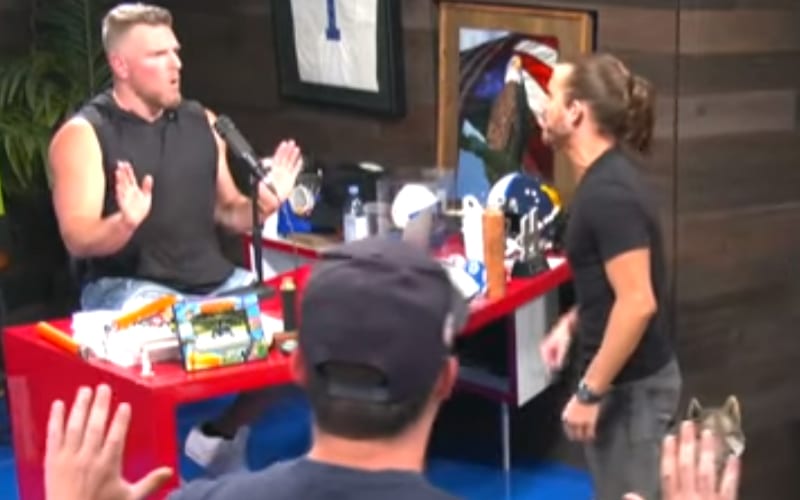 Adam Cole’s recent experience on the Pat McAfee show did not end the way anyone thought it would. He stormed out of the studio following a profanity-filled tirade.

Pat McAfee stoked the fire as he said that the Undisputed Era is the primary reason why Adam Cole has succeeded in NXT. He credited Cole as being smart, but he’s no Shawn Michaels, and then McAfee brought up how small Cole is. This caused Adam Cole to go into a heated and profanity-filled rant on McAfee that seemed very real to us, but you can never really tell in pro wrestling, can you?

“F*ck you Pat! I’m sick of this sh*t! I come all the way in here — take time away from my family to come to do your stupid f*cking show and you’re going to continue to disrespect me?!”

Producer Ty Schmit walked over and Cole shoved him. Then he yelled “don’t touch me!” before giving one more “f*ck you!” and storming off. McAfee and his crew were shaken up by this outburst after Cole abruptly departed.

If this was a legit meltdown on Pat McAfee’s show then there will likely be some punishment for Adam Cole. It might be even more severe since he shoved someone in the process. We’ll have to see if this makes its way onto WWE television. If it does then we know it was likely an angle.

The intensity really starts at the 2 hour 10 minute mark in the video below. It just so happened to be the last thing on the show as well.