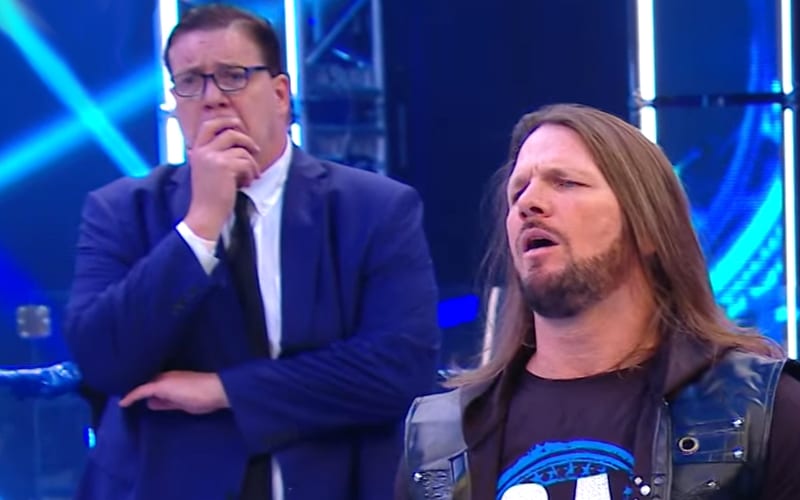 Joseph Parks made his debut on WWE television this week during Friday Night SmackDown. This was an exciting moment for fans who remember his work from TNA. There is a lot left that he can give WWE as well.

Parks joined WWE last year as a producer. This was the first time that he appeared on television. He might turn that bit part into much more. He certainly had chemistry with AJ Styles as the two have worked together many times before.

Bully Ray knows Vince McMahon and Joseph Parks. He tweeted out that it will probably take McMahon about 5 minutes to understand how valuable Joseph Parks is as an entertainer.

Its gonna take VKM about 5 min to fall in love with Abyss/Joseph Park on screen work.

This could be the beginning of Joseph Parks in WWE. He entertained fans this week, even if they didn’t know who he was. Styles took the price of that dry erase board out of Parks’ paycheck thanks to marker-gate. We’ll have to see if they get a follow-up next week.