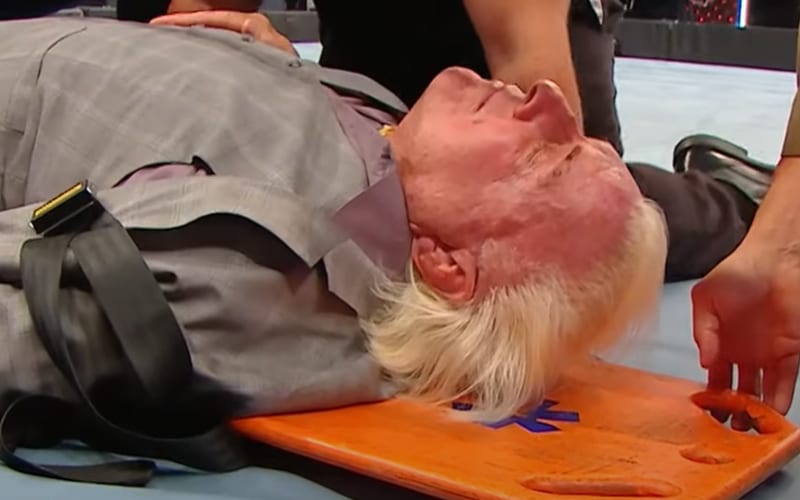 WWE ended RAW this week with a rather shocking segment. Randy Orton dropped his mentor Ric Flair in a violent display. They used Retribution’s flickering lights perfectly to mask the fact that Ric Flair couldn’t really take a punt to the head from The Viper.

Following Randy Orton’s attack, WWE’s medical team and Drew McIntyre rushed to the ring. WWE officials got Randy Orton to leave, but the situation wasn’t over. Following RAW’s conclusion, Ric Flair was stretchered out of the Performance Center.

WWE revealed footage of Ric Flair being taken out of the Performance Center. Drew McIntyre didn’t leave his side.

This was quite a send-off for Ric Flair. He was not intended to make a long return to WWE television. It was actually the plan to write Flair off television weeks ago, but his wife testing positive for COVID-19 caused WWE to hold off on this angle until The Nature Boy could return.