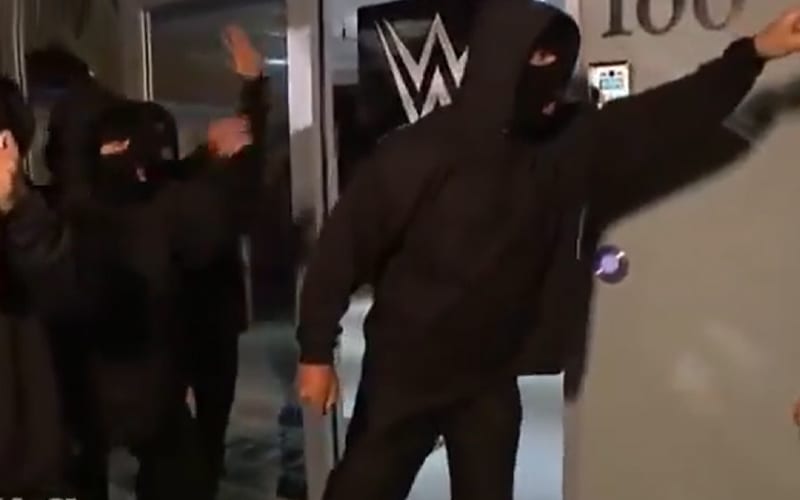 WWE’s new Retribution stable is causing chaos on the company’s weekly programming. They flipped over a car this week and smashed a window. They are also making the lights flicker some how. One member might have accidentally tweeted out something that revealed who is behind one of those masks.

Dominik Dijakovic was called up to the WWE main roster months ago, but he wasn’t used. Dijakovic was then sent back to NXT for a short story with Keith Lee. Now it looks like he could be one of the people behind Retribution.

Dijakovic tweeted out an image that he might not have intended to. This was a snowy image showing static on a screen. If you look closely, it was clear that a message for Vince McMahon was included.

In the middle of the static, it said: “We are in control.” Dijakovic deleted this tweet very quickly, but nothing online ever really goes away. You can check out the image below.