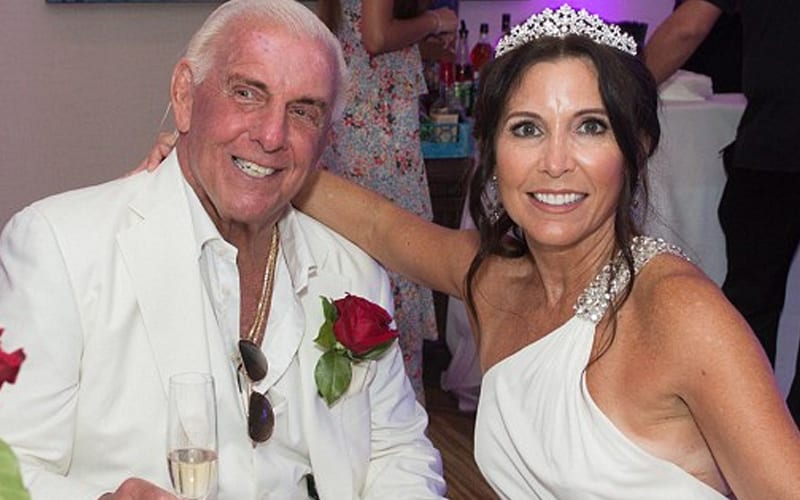 Ric Flair is 71 years old, and he recently commented that going to the WWE Performance Center is safer than going to Kroger to grocery shop. He’s apparently not a fan of wearing a mask either. A phone call about getting spotted not wearing a mask resulted in a much bigger revelation.

The New York Post just ran an article calling Ric Flair out for not wearing a mask while he was out on a Starbucks run. This is especially concerning because he revealed that his wife Wendy Barlow has COVID-19.

It was also reported that Flair has COVID-19 and has tested positive “two days prior on Wednesday.” He denied the claim that he has coronavirus as he told The Post.

“That is absolutely incorrect.”

“My wife does [have the virus]… we live in a 5,000 square foot home. I live in the basement. She lives upstairs on the third floor and she got sick.”

The two-time WWE Hall Of Famer reportedly hung up on the New York Post before they could ask him about his maskless Starbucks run. You can check out the photo below of Ric Flair in the drive-thru in his Mercedes.