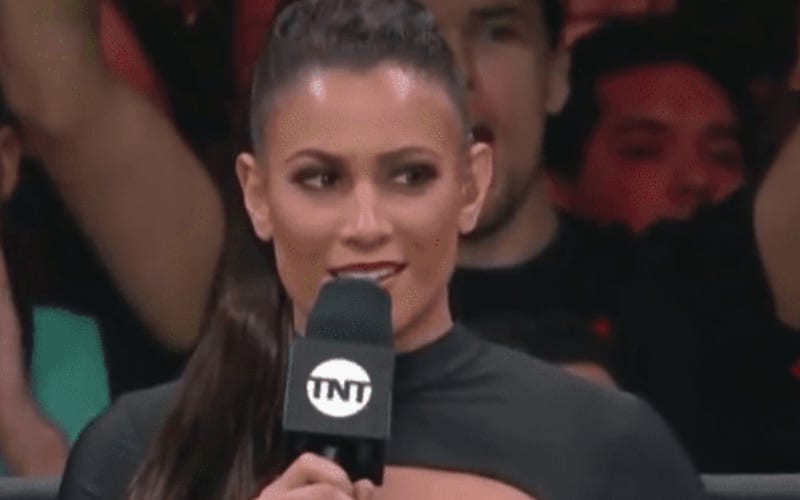 AEW is holding a Deadly Draw Women’s Cup Tournament. The matches air on YouTube every Monday, and this week will include a big match for one of the participants involved.

Former WWE NXT competitor Rachael Ellering was already announced for AEW Dark, but she has a very special tag team partner for the Deadly Draw.

WWE released Dasha Fuentes from her position as a backstage interviewer. She is now with AEW. Dasha also competed in The Rock’s Titan Games. This week Dasha will also compete alongside Rachael Ellering against Ivelisse and Diamante in the Deadly Draw. This will be a very tough match, but Dasha is very excited for the opportunity.

I’m on cloud 9 right now!!! I can’t even believe that this happened!!! It’s been a dream of mine for quite some time and it just goes to show that you can dream big, set goals and accomplish them! Thank you @allelitewrestling for allowing me to participate in such a historic event! I am beyond humbled and thrilled for this opportunity! #AEWWTTCT Let’s do this @therachaelellering

AEW is giving a lot of people opportunities that they didn’t previously have. Dasha Gonzalez is obviously getting far more chances to perform in different areas around the pro wrestling world with All Elite Wrestling. She is also a voice on the company’s Spanish language commentary team.

Dasha and Rachael Ellering are obviously pumped for this big opportunity. Ellering tweeted out that they will bring Hulk Hogan and Mean Gene energy.