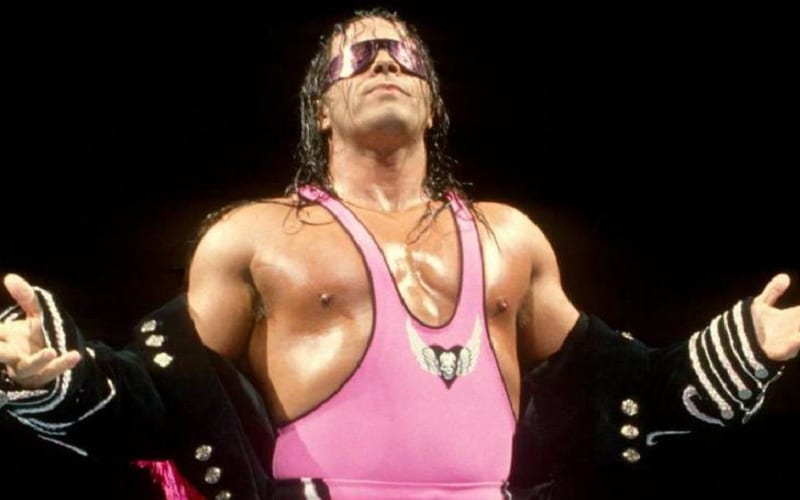 Bret Hart influenced millions of fans all around the world with his Hitman persona in WWE. His legend continues and he will be making an appearance on WWE The Bump this week.

WWE announcer Vic Joseph shared a very personal story about Bret Hart. Little does Hart realize it, but he is responsible for inspiring Joseph’s career in pro wrestling.

Along with a photo of The Hitman’s signature shades, Vic Joseph shared a story about how Bret Hart gave those glasses to him in 1993 and changed his life forever.

In honor of @BretHart being on the @WWETheBump this week I wanted to share a personal story of how the Hitman gave me his signature glasses (typically in a case) while attending my first @WWE show in ‘93! That moment led me to wanting to pursue the career that I did! Thanks Bret!

WWE would be a different place if Bret Hart had chosen a different child at ringside to give his shades to. Vic Joseph was the lucky fan that night and it is a moment he still cherishes.

It just goes to show that you never know how any little action can go on to change someone’s life forever.