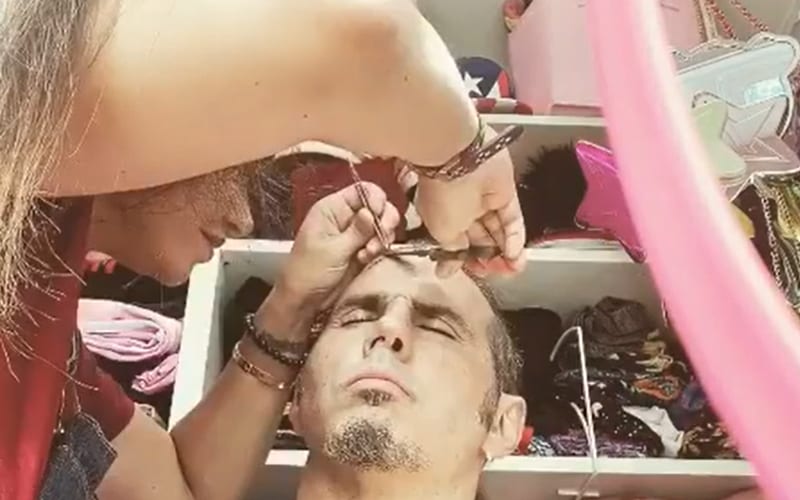 Reby Hardy was not happy at all that her husband came home from work with 13 stitches in his head. She was even less thrilled when she saw how Sammy Guevara chucked a plastic chair at Matt Hardy and caused this carnage.

Matt Hardy got 13 stitches from that bloody spot on Dynamite, but the episode was recorded a week ago. It is already time to take out Matt’s stitches, but he didn’t need to go to the doctor.

Reby Hardy uploaded a video showing how she took Matt Hardy’s stitches out at home. She asked what was wrong with this video as she posted it to Instagram.

Tommy Dreamer commented on a tweet with the Guevara chair spot. He made a point that those plastic chairs hurt way more than people think. He also doesn’t know what’s worse for Sammy Guevara because Reby Hardy’s wrath is pretty intense.

Matt Hardy replied back saying that he’s going to take care of Guevara before sending Reby after him. He also used some colorful language to make his point.

Matthew Hardy will likely be okay by the time Dynamite rolls around next week. The same might not be true for Sammy Guevara.