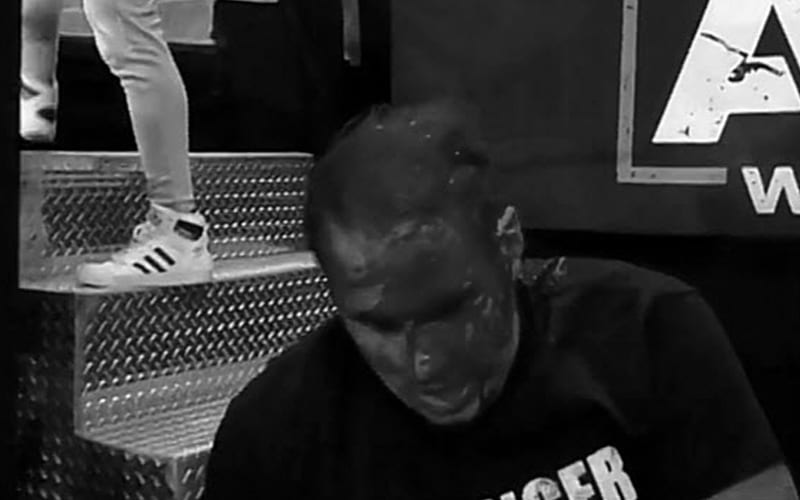 Matt Hardy came out to cut a promo on AEW Dynamite. He ended the segment as a bloody mess thanks to Sammy Guevara. Reby Hardy wasn’t too happy about it.

Sammy Guevara jumped Matt Hardy during the end of his promo and they brawled outside the ring. Then Hardy was laid on a table and Guevara chucked a chair at Hardy’s head.

The chair bounced off Hardy’s skull and it was not a typical folding chair. It was not the kind of chair that folded at all, so a sharp edge split Hardy wide open. He was bleeding everywhere and this was not a spot where the blood was intentional.

It’s unclear who she’s calling a “f*ckin dumbass” in this situation, but needless to say Reby Hardy wasn’t happy about what happened.