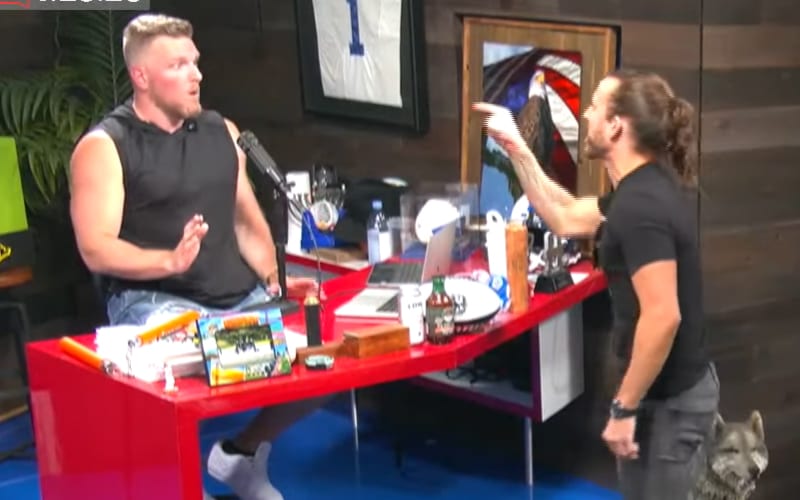 Update: WWE has now confirmed that Pat McAfee will be on NXT this week.

Original: Adam Cole’s interview on Pat McAfee’s show ended the way that no interview should. After cursing out McAfee, Adam Cole left, and he was furious. This sparked a debate about whether or not this whole thing is real.

Triple H appeared on McAfee’s show where he extended an open invitation to McAfee if he wants to appear on NXT and clear the air with Cole. Triple H also said that if McAfee and Cole want to hash things out in private that’s okay too.

Wifey just gave us the go ahead..

Some fans weren’t certain what this tweet was referring to. The Adam Cole gif with McAfee’s face plastered over it was a pretty good indication. WWE NXT’s Twitter account retweeted it as well.

We’ll have to see what happens this week on NXT, but Adam Cole could have an unexpected visitor. 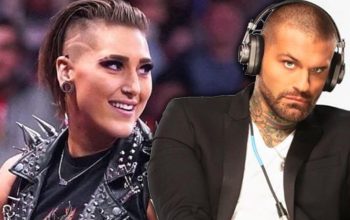