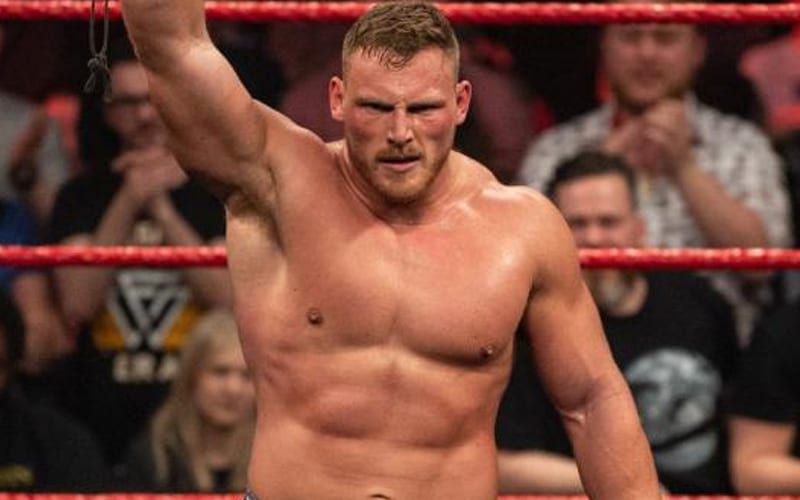 WWE could debut a Superstar tonight on NXT that goes on to do big things in the company. There are a lot of high hopes that Ridge Holland will be something special.

During Wrestling Observer Live, Bryan Alvarez noted that he’s heard that Ridge Holland is the next big thing.

“We have a North American Title qualifying match with Damien Priest, Oney Lorcan, and Ridge Holland. By the way, I’ve had a lot of people emailing me about Ridge Holland. They think that he has the potential to be the next big thing which is, that’s saying something. So we’ll see.”

WWE is always looking for that next big Superstar. Ridge Holland could have what it takes, but nothing is certain until WWE gives him a try in the very unpredictable world of pro wrestling.