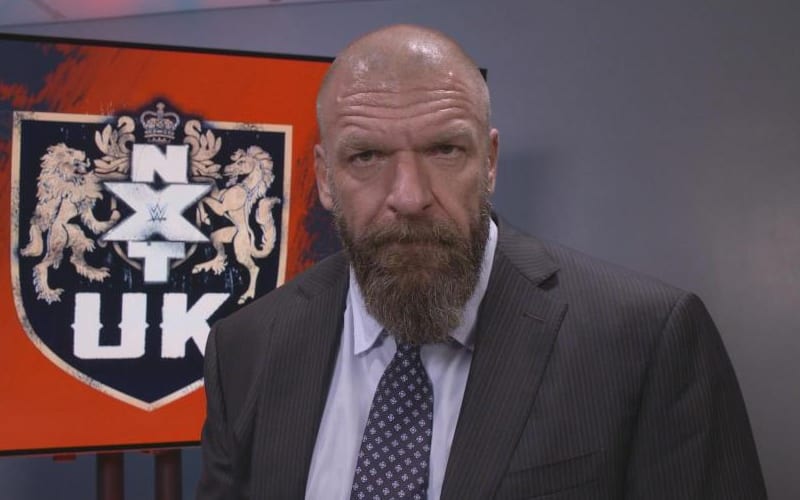 WWE hasn’t been able to run any NXT UK shows since the pandemic started. They had to nix a TakeOver special and all television tapings. The roster was recently told to be ready, but nothing has been officially announced for the brand.

Professional athletes are able to travel into the United States now, but it doesn’t appear that any momentum has been made to bring NXT UK Superstars to the USA to film their program. A new possible tournament name was copyrighted by WWE for the NXT UK brand which does give some hope that there are still plans in motion behind the scenes.

During WWE’s shareholders’ call, Triple H addressed the status of the NXT UK brand. Their UK Performance Center has been closed since March, but their Superstars are ready. He said they are working closely with the local governments and will bring NXT UK action back as soon as they can.

The London Performance Center has been inactive since March, thereabouts, due to the COVID-19 issues. We work with local and government officials they’re all the time and are monitoring constantly, and are looking forward to when talent can get back to training. I know they’re all anxious to do it, and hopefully that’ll be in the near future.

We’re also working with our partners there on solutions and ways that we can get back to creating fresh in-ring content as soon as possible for the NXT UK brand. Again, all of that relies on us being able to do that safely — as the safety and health of our talent come first and foremost. But as soon as that is something that we can safely do, we will be back up and running.

NXT UK also had to released a few Superstars due to the #SpeakingOut movement. Joe Coffey was also suspended. That suspension will likely be over by the time NXT UK can run shows again.

We’ll have to wait and see how long it takes NXT UK to reopen their doors. WWE doesn’t appear to have any plans of dropping their United Kingdom extension of NXT.