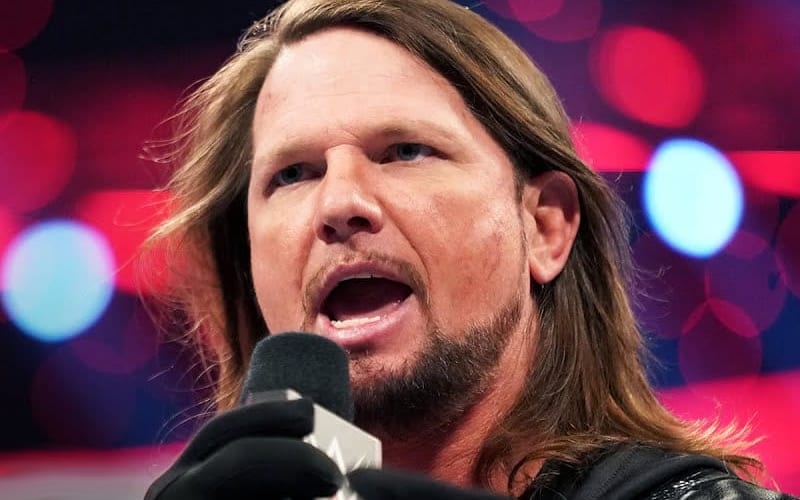 AJ Styles and The Undertaker faced off in a Boneyard Match at WrestleMania 36, but it wasn’t a traditional match. The Deadman might be retired now, but AJ Styles is willing to offer a big stipulation for him to come back.

While he was recently hanging out on his Twitch stream, AJ Styles suggested a very interesting match situation for himself and The Undertaker. Since The Phenom has never held the IC Title this could present a tempting offer.

Styles suggested that he put his IC Title and career on the line against The Undertaker. If he loses the match, then The Phenomenal One is willing to leave WWE. If Undertaker loses the match then he can retire.

You want me to give you one? Here’s one. I’m the IC champ, Undertaker’s never been the IC champ. I’ll put it on the line against you, and if you freaking beat me, I’ll leave WWE forever, but if I win, you leave. There, there’s the story behind that. I’ll see if he comes at SummerSlam. He said it on TV, ‘I’m retired,’ but he never said it to me. He said if Vince needed him then he’ll be there… just saying.”

We’ll have to see if WWE decides to bring The Undertaker back for another match. A majority of the decision is up to him as well. This might be an interesting situation, but if Taker wins then he’ll be IC Champion and find himself in a position where he will likely need to wrestle again to defend that title.

Do you want to see AJ Styles vs Undertaker one more time? Sound off in the comments below!