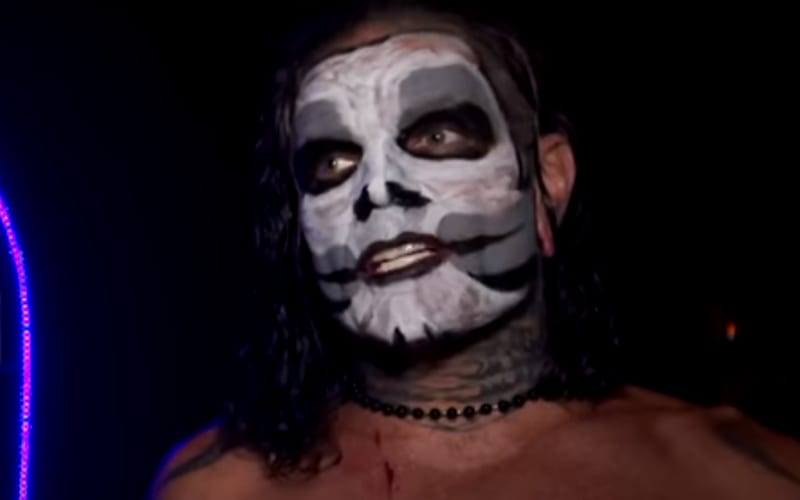 Jeff Hardy and Sheamus battled in a bar fight during Friday Night SmackDown this week that should have been on the Horror Show at Extreme Rules pay-per-view. The company held off on the match for multiple reasons, but it eventually aired. Jeff Hardy also defeated the Celtic Warrior in the process.

Following his bar fight victory, a painted Jeff Hardy spoke to WWE where he gave an exclusive interview. He stated that now that Sheamus is behind him the Charismatic Enigma is ready for bigger and better things in WWE. He also expressed hope that WWE will stop reminding him about his substance abuse issues.

“The bar match was intense just like I expected it to be, but now that it’s over hopefully my dead horse of a soul the last few months can finally stop being beat if you know what I’m saying because it’s just the demons and the struggle with alcoholism it’s kinda overwhelming at times, but now that this is behind me it’s time to move onto something brighter and better, but it’s my past.”

“So, it’s always going to be a part of my life and I look forward to challenging myself each and every day to move on in that right direction.”

WWE really does owe Jeff Hardy quite a push after that bar fight angle with Sheamus. Shane Helms spoke out about how uncomfortable he was about it. Jeff’s brother Matt also made reference to it during a recent video where he proposed that the Broken Matt persona might need to go away.

We’ll have to see what’s next for both Jeff Hardy and Sheamus in WWE. They certainly played their parts well through this angle on the blue brand.