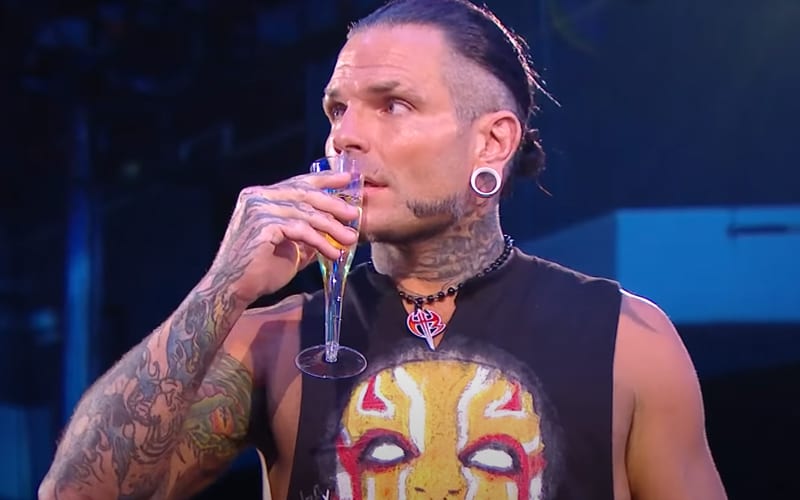 WWE placed Jeff Hardy in the middle of a storyline that really hit close to home. Hardy had to spend time in rehab during his last WWE hiatus so they put him in an angle with Sheamus that will include a bar fight.

This storyline for Hardy isn’t the first time that WWE used a Superstar’s real-life personal problems in an angle on television. It is the most recent and Hardy’s friend Shane Helms doesn’t like seeing it happen.

While speaking with Sportskeeda, Shane Helms stated that he isn’t a fan of what WWE is doing with Jeff Hardy right now. Now Hardy’s personal demons are on full display and used as fodder to create heat for a storyline on television. Since Helms is Hardy’s friend he’s not crazy about the idea.

If you don’t know about Jeff and any of the problems Jeff has had in the past, like if you were a new fan and you don’t know about it, a storyline like this kind of shines the flashlight on it and I don’t really see the purpose of that. So, not crazy about it, but I love Jeff Hardy, so I got to support him.”

Jeff Hardy and Sheamus’ feud hit a bit of a rough patch when the Celtic Warrior was unable to attend the television tapings for a few weeks. He did continue their rivalry through a Zoom call. We’ll have to see how they settle things in a bar fight which is expected to be added to the Horror Show at Extreme Rules.

Do you like what WWE is doing with Jeff Hardy? Sound off in the comments below!