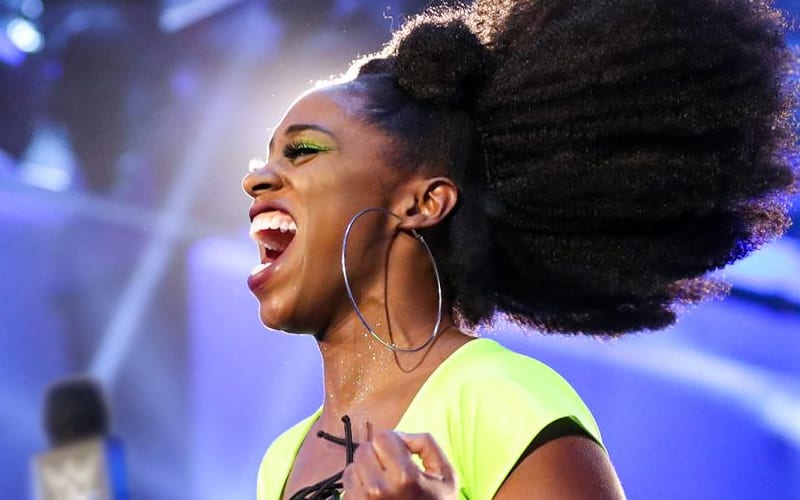 Naomi received a ton of support online when fans agreed that she deserves better. Booker T had his own opinion of things.

The two-time WWE Hall Of Famer discussed Naomi on his Hall Of Fame radio show. He’s tired of the hashtag movements in the first place. Then he proceeded to say that a push should be based on merit and “I say #NaomiDeservesBetter, I don’t think it serves her any purpose, people advocating for her in that way,”

Naomi replied to Booker T without saying much. She simply said: “Will do Booker T,” along with an animated gif of Jim Carrey.

Sasha Banks had a bit more to say as she advised The Glow not to let this kind of opinion get to her. “Don’t feed into useless opinions, no matter who they come from. Keep glowing and shining like you always do. You aint got nothing to prove to anyone.”

Sasha Banks and Naomi were a part of Team BAD along with Tamina Snuka. Obviously, The Boss hasn’t forgotten about that short-lived stable. She also agrees that Naomi deserves better.