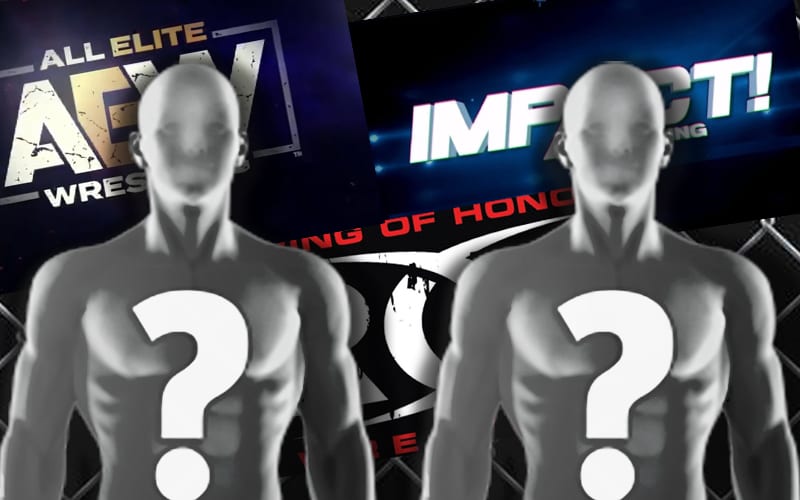 WWE released a lot of Superstars on April 15th. This week those Superstars have a lot of options.

Impact Wrestling teased the debut for many of those released Superstars. It is totally within the realm of possibility that any of those names could show up on Impact’s Slammiversary pay-per-view on the July 18th.

Some of those recently released Superstars have already made other plans. Sarah Logan aka Sarah Rowe announced that she is pregnant. She likely won’t be wrestling for a long time after revealing that she is leaving the industry.

Kurt Angle already turned down a WWE return. He stated that his side business is doing so well that he didn’t want to come back. Drake Maverick was also released on April 15th, but he’s already back with WWE under and NXT contract.

It was not 100% confirmed when those clauses will expire, but it appears that July 18th is the date that they will all be free to work elsewhere.

On that note, Rey Mysterio could also show up wherever he likes. He’s still appearing for WWE, but he has no current contract.