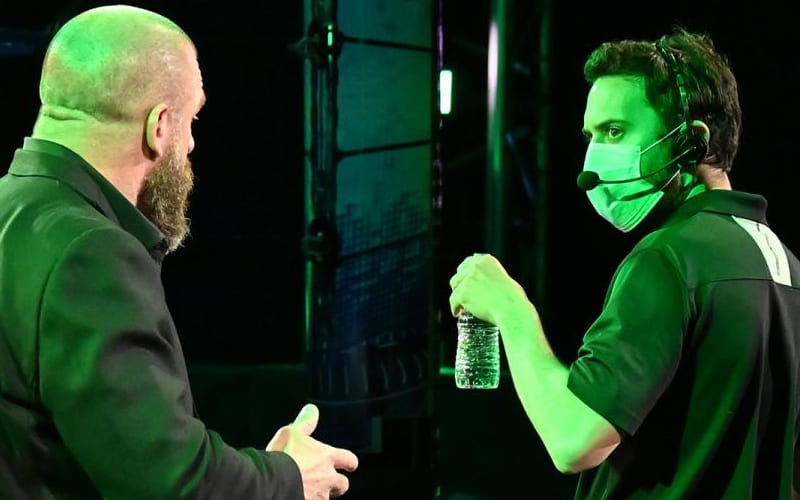 WWE instituted a new policy backstage at the Performance Center. Everyone must wear a mask or they will be fined. The only exception is if they are on camera. People could use some more clarification within the company.

Audience members in the WWE Performance Center crowd were seen not wearing masks. This was not a good look for the company considering how they just discovered several positive coronavirus cases.

WWE needed to do a quick turnaround, especially after Ringside News exclusively reported that Kevin Dunn yelled at people over the loud speaker in the PC over wearing masks. They were told that “if you want to wear a mask then you’re not a fan.”

Ringside News has learned that the new mask policy is widespread throughout the company. It is the same for Superstars as it is for staff in the building.

It is said that a $500 fine will be handed out for the first offense, and it will be a $1,000 fine each time afterward. They must wear a mask, but there isn’t much clarification on the new rule.

Superstars tried to find Mark Carrano to get answers and clarification, but we were told “no one could get to him.” It was additionally told to us that Bruce Prichard wasn’t answering questions about it either.

One WWE employee told Ringside News that “asking Bruce Prichard for an answer is a waste of time because he either doesn’t know, or doesn’t want people to know, because he can blame the confusion on someone else.”

Everyone backstage at the Performance Center are wearing masks because they don’t want to get fined, but nobody will answer questions about the fines. It was described to us as a “leaderless” scenario and “same theme, different day.”