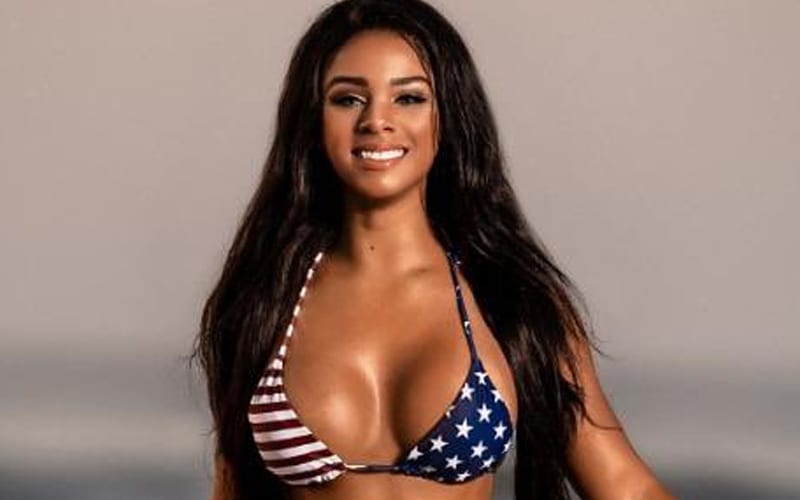 Michelle is still wrestling on the indies. Once more companies open her schedule is likely to pick up provided she wants to work during a pandemic. While she waits for that to happen Renee Michelle is busy building her social media clout.

Michelle has dropped seductive photo shoots in the past. Her nude beach pictorial immediately comes to mind. Today she got into the holiday and dropped a 4th Of July photo.

“Happy 4th Everyone #America,” was the caption Michelle decided to go with. It was a simple statement, but the real message was in the photo she included.

Renee Michelle isn’t the only bikini photo to drop on the 4th. Chelsea Green release a photo in a swimsuit and so did Mandy Rose. Scarlett also joined in with her own scantily clad photo.

WWE hasn’t used Renee Michelle on television in quite a while. Drake Maverick chase of the 24/7 Title was comic gold and she garnered a lot of attention. Now that her husband seems to be in the Cruiserweight Title picture we can only hope that WWE will give Mrs. Maverick another call.