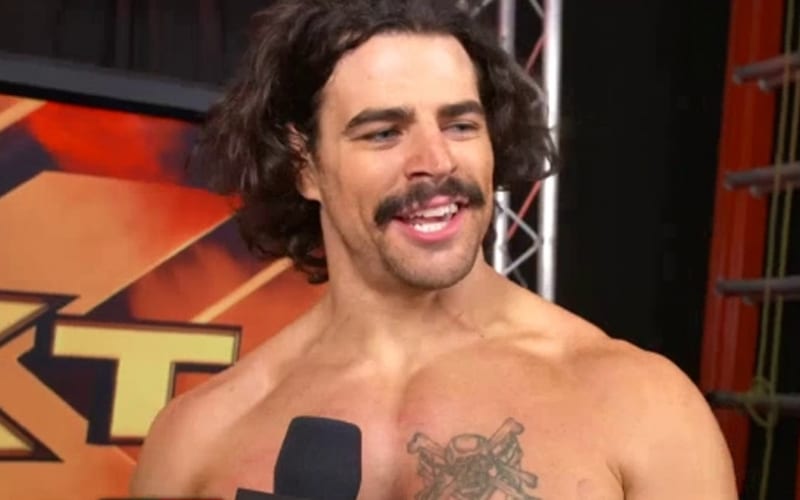 WWE NXT Superstars were in the crowd for Raw once again this week. Most people were wearing masks, but it was very obvious that Rik Bugez didn’t have his mask on at all times.

Some called Bugez a distraction with his air guitar renditions of WWE Superstar entrance music. It only called even more attention to the fact that he wasn’t wearing a mask.

Bugez tweeted out that they are tested for COVID, or as he put it “we all get our brains poked.” His test was negative so he felt “okay” about taking off his mask.

We all get our brains poked to get tested before tapings now. When the test is negative, I feel ok taking my mask off for 10 seconds to convey some emotion for the sake of entertainment. Without facial expression, they might as well have mannequin dummies behind the plexiglass

When attention was called to the fact that there is a 60% of a false negative rate for those tests. Bugez replied that he will be keeping his mask on in the future.

The swab tests that WWE uses are actually less than 60% effective depending on how recent the person was exposed to COVID-19. On another note, AEW is doing blood tests which are far more effective. Wear a mask.

There were times when he was wearing a Raw mask. Other times, he didn’t.