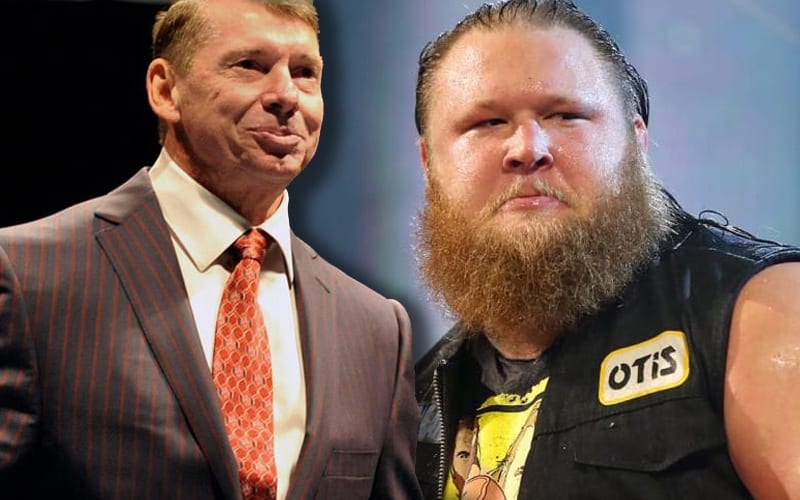 WWE revolves around Vince McMahon’s decision making process. He’s taken the reins of another top Storyline to give it his full support when needed.

The company released the writer who was responsible for crafting the Mandy Rose/Otis storyline through WrestleMania. That angle continued and has only evolved since as Deville’s intentions were made clear. Update: We exclusively reported that they hired Andrea Listenberger back.

Ringside News has learned that “Vince is the driving force on all things Otis.” Like everything else in WWE, Vince McMahon has the final say-so. He is especially involved in the Heavy Machinery member’s push.

Otis is set to compete in his first Money In The Bank ladder match next Sunday. Odds are he will continue to remain a focal point on the blue brand for some time to come.