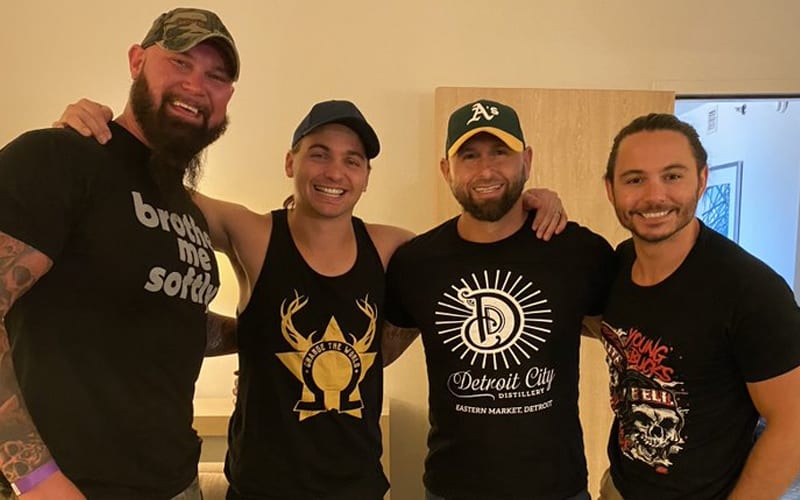 Luke Gallows and Karl Anderson’s future involvement with Impact Wrestling is reportedly confirmed. That won’t keep them from hanging out with the Jacksons.

Big LG posted a photo of himself and Good Brother Anderson hanging out with Nick and Matt Jackson. The Young Bucks looked happy to be there too. Matt was also sporting a nice 5 o’clock shadow.

It’s not clear when this photo was taken, but that Brother Me Softly shirt LG is wearing wasn’t available prior to Gallows and Anderson’s time in WWE.

Gallows said that “today” gave him deja vu. He’s also ready for F*cktown, whatever, or wherever that is. His alter ego Sex Ferguson might have something to do with that one.

AEW Fyter Fest is tonight, but don’t expect The Good Brothers to show up. Their WWE non-compete clauses aren’t up until July 18th.

This could be a very interesting time for the Good Brothers. Stay tuned to Ringside News for the latest updates.