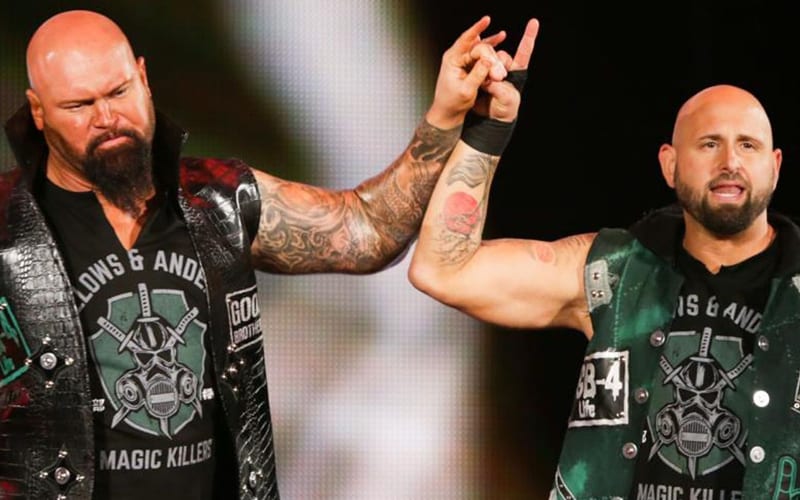 Karl Anderson and Luke Gallows were two of the many WWE Superstars who lost their jobs on April 15th. Their 90-day non-compete clauses are up days prior to Impact Wrestling’s Slammiversary pay-per-view. That seems like perfect timing.

Impact Wrestling dropped a big teaser trailer for Slammiversary where they featured plenty of former WWE Superstars who also used to be with TNA. They simply flashed a Bulgarian flag to represent Miro.

Pro Wrestling Sheet now reports that Impact Wrestling has been pulling hard to secure Anderson and Gallows to a contact. They have an “incredibly strong” deal on the table that would permit them to venture to NJPW once they are able to do so.

Our sources say Impact has offered Gallows and Anderson incredibly strong deals that would allow them to work with New Japan once that’s a possibility, both in a legal sense and from a travel sense due to current COVID-19 restrictions.

It remains to be seen what Anderson and Gallows want to do. They have teased interest in NJPW as well. If Impact Wrestling will allow them to work consistently and still travel to Japan it seems like a good deal for them.