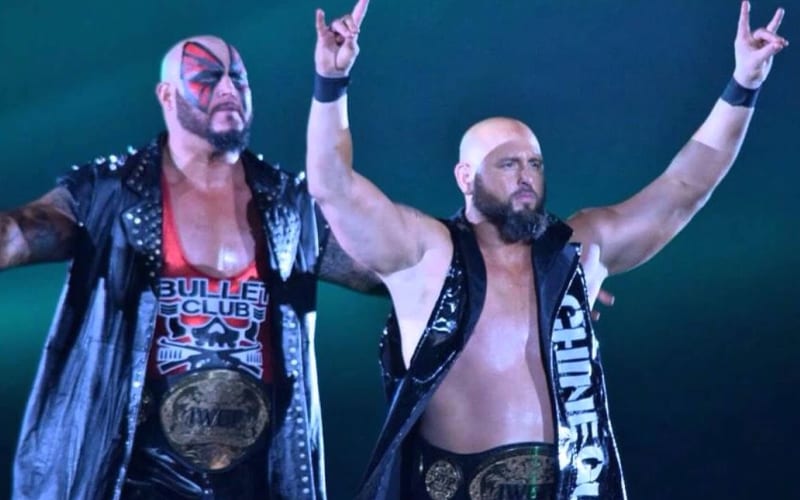 Karl Anderson has been pretty vocal about his thoughts on a potential return to WWE. The Good Brothers are now out in the industry as free agents and many big promotions might want to bring them in.

A few days ago, Anderson teased a potential Slammiversary appearance. FTR then teased a possible AEW debut for Anderson & Gallows.

Now, Karl Anderson is back at it again on Twitter. A fan tweeted about Anderson’s days as “The Machine Gun” in NJPW and how they’d want to see that again someday.

Anderson responded to this fan and asked them to get an NJPW World subscription for some “classics” and said that more “classic s*it” is coming soon.

The Machine Gun Karl Anderson & Doc Gallows achieved much success and fame in Japan before they came to WWE in 2016. Now, the Good Brothers are back in the industry and free agents and New Japan could very well be a potential destination for them.

Do you want to see Karl Anderson & Doc Gallows in NJPW once again? Sound off in the comments below!