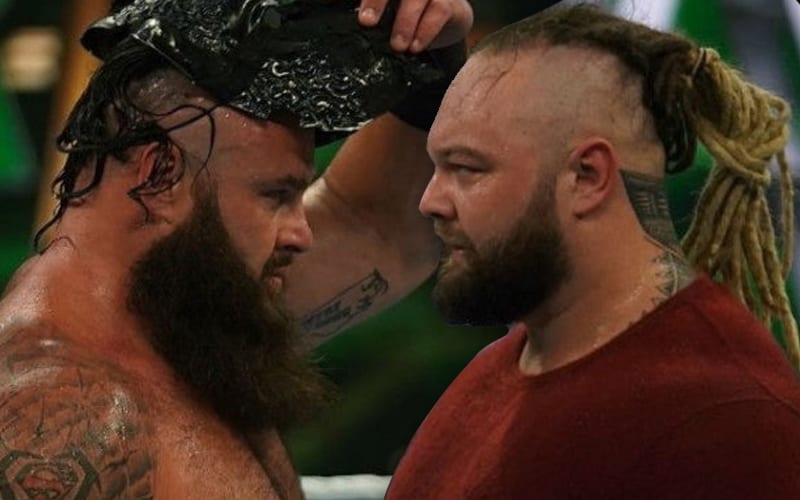 Bray Wyatt and Braun Strowman will go back “home” as they fight in the swamp. This will be quite an interesting match. Ringside News exclusively reported plans for this unique match and now we know why it’s happening.

Click here for more details on the Swamp Fight match. The company plans to explore some WWE History during this match.

Ringside News has learned why WWE is using this Swamp Fight match. The company is stalling, which isn’t a bad thing. The match is a non-title contest so the finish can continue the pair’s deep-seated feud. The match has not been filmed yet.

It was also noted that “long term plans keep changing” around WWE right now. We previously reported that the backstage atmosphere is full of questions and it is a bit scary. The company withholding positive coronavirus test results is leaving Superstars who tested negative to wonder if they need to worry about discovering a positive result later.

At this time it seems the Swamp Fight match at Extreme Rules is just another stop on the way toward SummerSlam. At that point it is likely fans will see The Fiend fully step in as well.

Ringside News exclusively reported on WWE’s plans for Bray Wyatt’s multiple personalities. He is unifying his characters in a way so he can draw from whichever one he needs at the time. This was described as a modern day Faces Of Foley.